Large Panel Display sales increased 2.3% sequentially and 41.7% Y/Y in November.  Overall large panel shipments grew 67% however TV shipment growth declined for the 2nd month in a row, while November’s steep increase (+6.7%) in aggregate TV panel pricing offset the decline in units shipped last month and will likely do the same in December, given that TV panel prices are expected to rise 6.0% in December.

Panel producers are expected to continue raising TV panel prices, but some TV panel producers are concerned if price increases continue thru 1Q 2021, TV set makers will no longer be able to absorb the margin hit and will start raising set prices, which could reduce demand.   On a 3 year and 5-year basis, January TV panel pricing has declined 1.3% and 5.9%, but in 2017 there was a very steep decline in January (-23.5%) that had a significant effect on the 5-year average.

TV set brands have borne the brunt of these panel price increases, especially as they roll through older, lower cost inventory.  While there was discounting during the recent holidays, it will be progressively harder to offer similar discounts going forward without further margin erosion.  There is some margin ‘sharing’ with retailers, but TV set brands must also consider the elasticity of TV set product and with slower demand months ahead. The objective for both panel producers and TV set brands was to move as much product as possible before the end of the year and into Chinese New Year, so concerns about 2021 demand are secondary considerations at the moment. 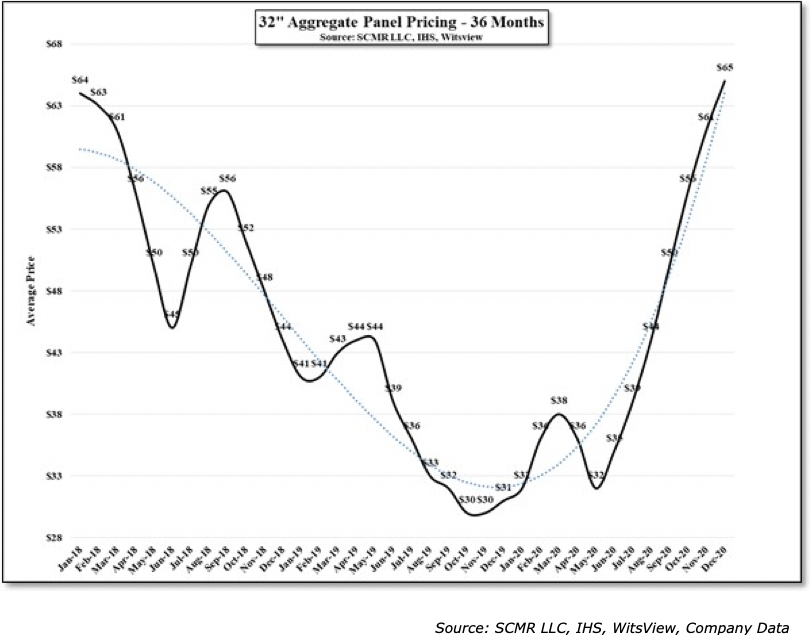 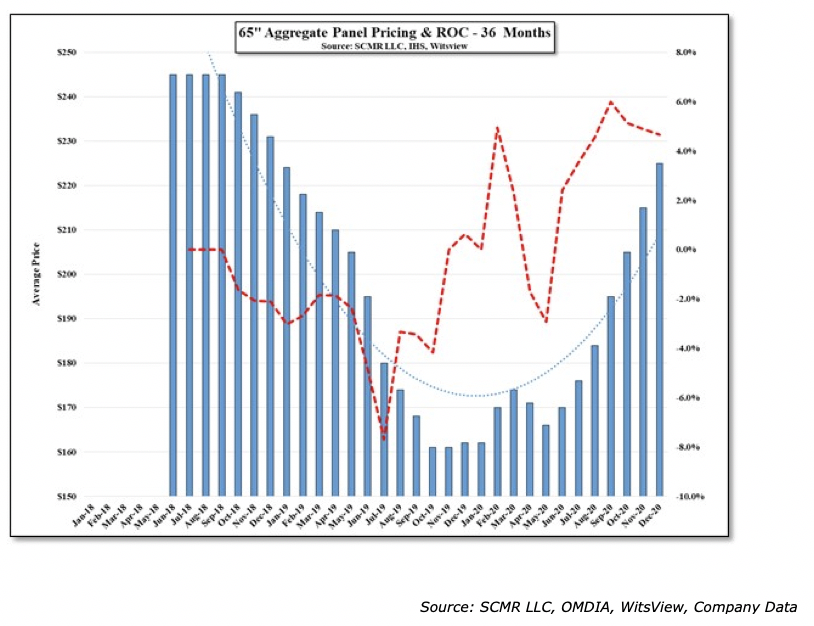