Vertical Divider
​BOE demonstrated their ‘art’ TVs, similar to Samsung Electronics’ “Frame” system, which puts famous artwork on your TV screen when you are not using the device.  In this case, BOE adds artificial intelligence and voice technology to the system, allowing the user to interact with the art, according to BOE, “making the conversation between users and art a reality…”
Figure 2: BOE's Flexible Tablet 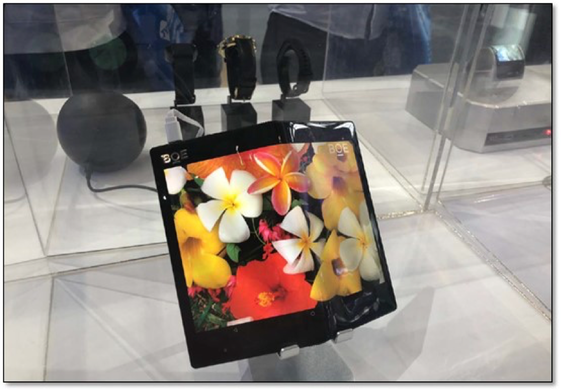 Source: Company
​BOE also showed a flexible/foldable tablet display that was said to be able to be folded over 200,000 times.  BOE's display could be used for Huawei’s foldable smartphone expected to be released next year. 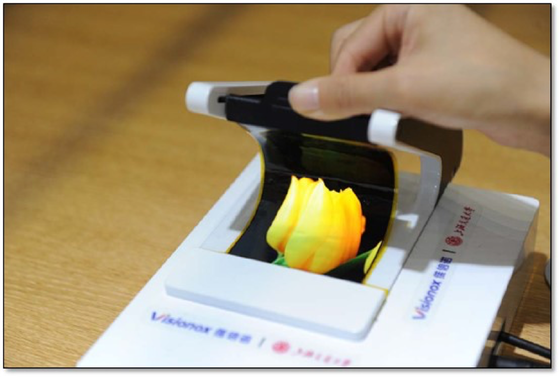 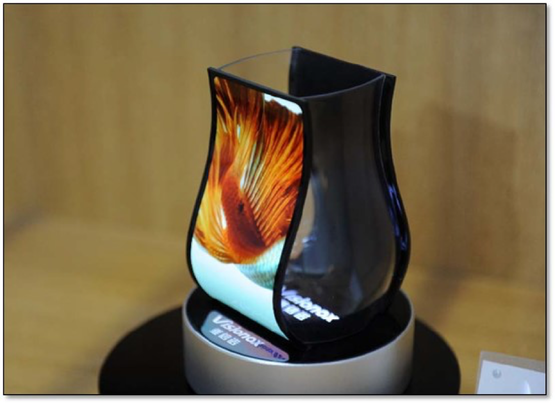 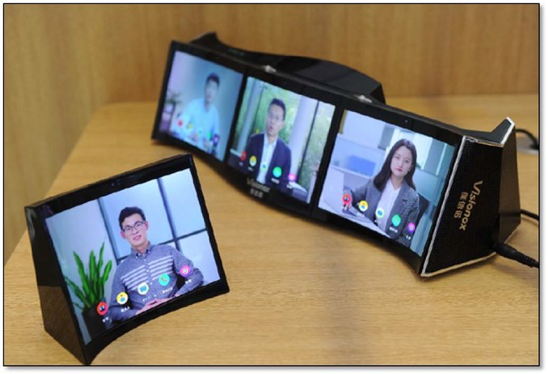 ChinaStar primarily focused on large panel production and showed an all glass 75” TV, which seems to wrap around the glass bezel.  It is difficult to tell from the photo whether the bezel is just an extension of the main display or the main screen wraps around the side, but the concept is to have the set ‘float’ rather than be a picture inside a box.
Figure 6: ChinaStar-75" All Glass TV 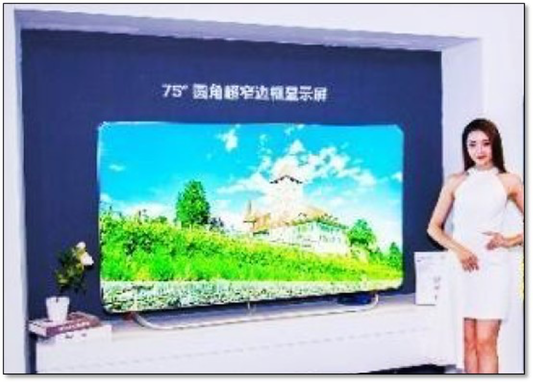 Source: ofweek
​Royole showed their foldable smartphone, the FlexPai, and did not miss an opportunity to show it off at the show.
Figure 7 : Royole FlexPai-Dr. Bill Liu-Founder 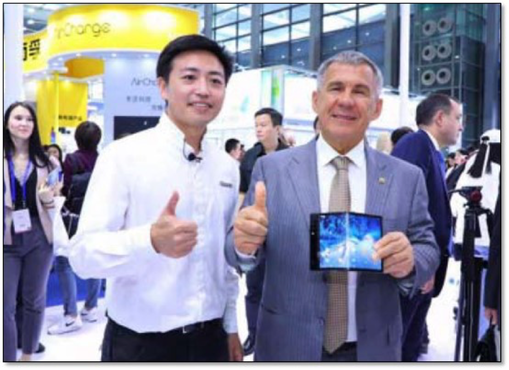