Universal Display has made a great contribution to the OLED industry by developing highly efficient red and green emitters. In 2019 their monopoly produced revenues of $405m and a net income of $138m with a net margin of  34.1%. The stock market has rewarded shareholders with 4X to 8X performance over standard indexes as shown in the following figure. 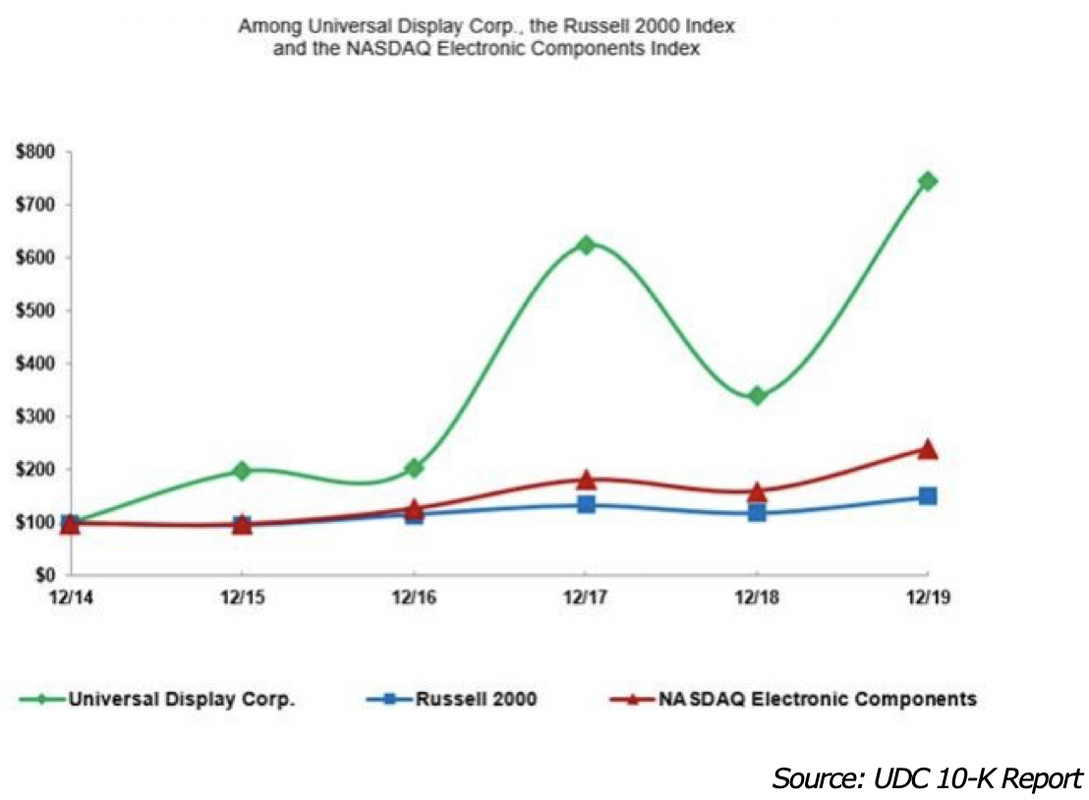 Until now, UDC has had no competitors, but at DisplayWeek Summer Sprout laid down the competitive gauntlet. Dr. Huiqing Pang, from Summer Sprout in Beijing presented a paper at DisplayWeek entitled  Optimization of High-Performance Deep-Red OLEDs Using Tandem Structure for Automotive Lighting Application.  Summer Sprout has a $300m capitalization and has more than 100 employees, with 70 chemists and engineers in R&D. This is slightly less than UDC. The company is building a manufacturing plant in Taixing, Jiangsu province, north of Shanghai, scheduled for mass production by 2021. Dr. Pang and some of her colleagues worked on phosphorescent materials at Universal Display Corporation. She is in charge of device evaluation in the company. 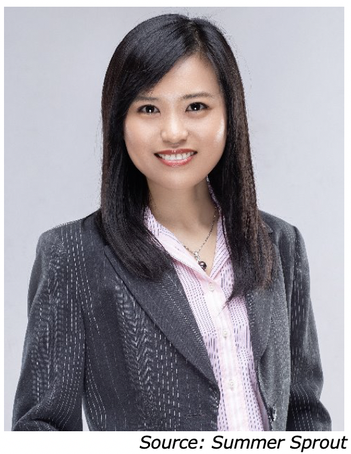 The company is developing device architectures, common layers, phosphorescent emitters and hosts. They have 86 patent applications, mostly in China, but 29 in the US, 2 in Germany, 3 in Korea and 1in Japan. Many companies, including Idemitsu Kosan, Doosan, Merck and Samsung Display are working on phosphorescent material, for which UDC still controls and is able to charge up to 5X, premium per gram plus ~50% royalty.
Summer Sprout is the first company to report a commercial ready phosphorescent material that threatens UDC’s monopoly and revenue stream. Dr. Pang described how Summer Sprout was able to achieve a deep red (BT 2020), which is an automotive industry standard by starting with a single layer red emitter and moving to a tandem structure with 2 layers and then 3 layers. The improvements in performance are shown in the next table and includes a comparison with the present PH red performance.

The improvement in using the tandem structure are in efficacy, FWHM, current density and lifetime all at the cost of higher driving voltage although wall power consumption was lowered. The offset is a higher density dopant with was reported at 3% per layer, compared to <1% in UDC’s phosphorescent red, resulting in 6 to 9x the dopant used vs. UDC red material, plus the additional common layers. One of the tricks that Summer Sprout used was to lower the thickness in the HTL for the second and third layers. They also employed a charge generation layer (CGL). The next figure compares the single layer with the tandem structures and the reduction of FWHM as the layers increase. 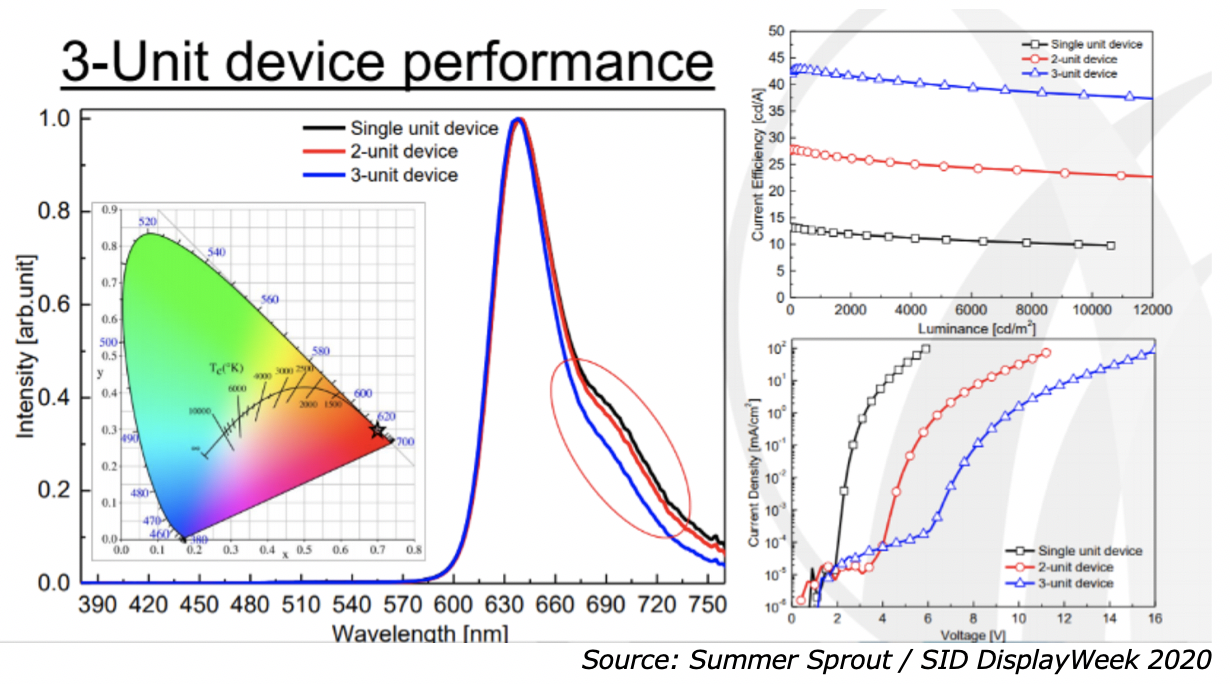 ​Dr. Pang did not address the “elephant in the room”, which was whether Summer Sprout was infringing on UDC’s powerful IP portfolio. By choosing red for the automotive industry and Chinese automakers as a market and avoiding displays for the time being, the threat of an infringement suit is minimized.  Further, some of UDC’s key patents expire in 2021 and 2022.  But it is clear that Summer Sprout and its 100+ people are targeting the Chinee OLED display industry, where capacity growth and yield improvement is anticipated, and the government puts a premium on local suppliers. By 2023, when most of UDC’s license agreements expire, their material revenue and royalties could be in jeopardy.