Vertical Divider
Various Chinese tech companies are now undergoing “rectification”. It’s very difficult to figure out what’s going on. Just who is ordering these actions is not clear, or what the ultimate result of the crackdown will be. That makes it very hard to figure out why it’s happening. Some observers see this as an antitrust campaign, similar to the ones going on in the U.S. or the EU. China’s leaders famously want to prevent the emergence of alternative centers of power, but is the West so different in this regard? One of the driving motivations behind the new antitrust movement in the U.S. is to curb the political power of Big Tech companies specifically; if you wanted to, you might see the Chinese tech crackdown as simply a Neo-Brandeisian movement on steroids. Others see the action as a way to chastise Chinese companies that list their stock outside the home country. 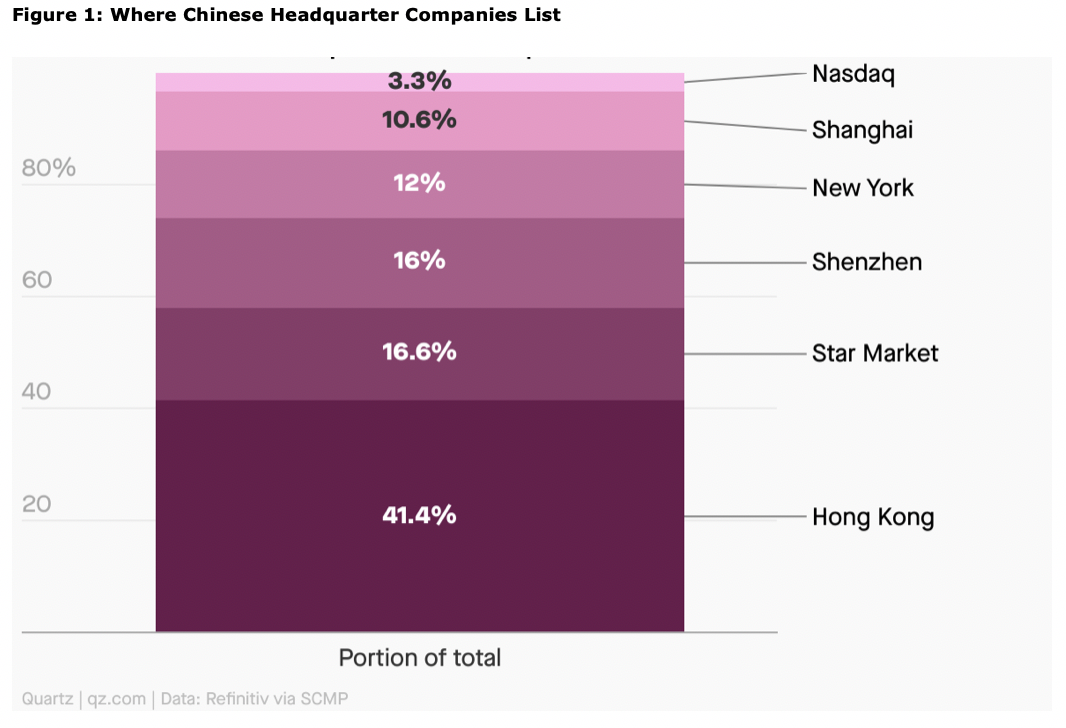 ​The Chinese government could have decided that the profits of companies like Alibaba and Tencent come more from rents than from actual value added — that they’re simply squatting on unproductive digital land, by exploiting first-mover advantage to capture strong network effects, or that the IP system is biased to favor these companies, or something like that. There are certainly those in America who believe that Facebook and Google produce little of value relative to the profit they rake in; maybe China’s leaders, for reasons that will remain forever opaque to us, have simply reached the same conclusion.

Dan Wang’s  2019 letter, said, “The internet companies in San Francisco and Beijing are highly skilled at business model innovation and leveraging network effects, not necessarily R&D and the creation of new IP….I wish we would drop the notion that China is leading in technology because it has a vibrant consumer internet. A large population of people who play games, buy household goods online, and order food delivery does not make a country a technological or scientific leader…These are fine companies, but in my view, the milestones of our technological civilization ought to be found in scientific and industrial achievements instead.

Are China’s leaders were thinking along the same lines? In his 2020 letter, Dan wrote. “It’s become apparent in the last few months that the Chinese leadership has moved towards the view that hard tech is more valuable than products that take us more deeply into the digital world. Xi declared this year that while digitization is important, “we must recognize the fundamental importance of the real economy… and never deindustrialize.” This expression preceded the passage of securities and antitrust regulations, thus also pummeling finance, which along with tech make up the most glamorous sectors today.

The crackdown on China’s internet industry could be a part of the country’s emerging national industrial policy. Instead of simply letting local governments throw resources at whatever they think will produce rapid growth (the strategy in the 90s and early 00s), China’s top leaders are now trying to direct the country’s industrial mix toward what they think will serve the nation as a whole.

When China’s leaders look at what kind of technologies, they want the country’s engineers and entrepreneurs to be spending their effort on, they probably don’t want them spending that effort on stuff that’s just for fun and convenience. They likely decided that the link between that sector and geopolitical power had simply become too tenuous to keep throwing capital and high-skilled labor at it. And so, in classic CCP fashion, it was time to smash.

An ideological split between Chinese President Xi Jinping and the country’s business and cultural elite has come to the fore after a hardline commentary by a known Maoist supporter received official blessing in state media. The commentary, laden with Cold War jargon, calls for a “profound transformation” to make China strong enough to fight against the United States, a process some have dubbed Cultural Revolution 2.0.