Vertical Divider
Can the Duo Be Saved?

Microsoft's chief product officer Panos Panay two years ago as he revealed the company's first dual-screen device, the Surface Duo, to the public., said "This is industry pushing technology, and it's technology pushing possibilities."
Microsoft went all-in and sold the Surface Duo as a premium product, with two side-by-side 5.6-inch displays that come together in a foldable device that stands right between a phone and a tablet. In September 2020, the device started shipping for $1,400. But before long discounts were showing up, suggesting at least a slight excess of ambition on Microsoft's part. Soon after Duo was released, fans spotted the device for $200 less; the price dropped to $699 last May, and now Microsoft's futuristic flagship is selling for $549.

The Surface Duo was meant to help Microsoft make a serious dent in the mobile market after years of failure. "Microsoft was aiming to get back in the smartphone business," Himank Joshi, researcher at analyst Forrester, said, "Launching the Surface Duo was part of the company's strategy to ensure that it has a place in the future of mobile computing." Microsoft showcased its very own operating system for handsets, Windows Phone, as early as 2010, while Android was already taking off. A few years later, the company announced that it was acquiring Nokia's phones business for a mighty €5.44 billion ($6.6 billion), in a bid to push Microsoft software on cutting-edge hardware. The purchase was completed in 2014; two years later, the company had to swallow a $7.6 billion write-down on the acquisition and cut around 20,000 jobs. Then Microsoft dropped support for Windows Phone altogether.

In the face of the growing Android-iOS duopoly, the company's offer simply wasn't appealing enough; and Windows Phone's share of the market by 2017 was so small that it didn't make sense for developers to rewrite their apps to run on Microsoft's OS.

Faced with the failure of its Windows Phone, and a market virtually dominated by Google and Apple's operating systems, Microsoft changed strategies for the Surface Duo by abandoning its own mobile operating system the star and embracing Android as the Duo comes with pre-installed Google apps, as well as the Play Store and Google Search bar.  "Partnering with Google and adopting Android was the right thing to do on the OS front as Microsoft has been failing with its Windows Phone operating systems for a long time," says Joshi. "This provided Microsoft with a huge addressable Android user base and a rich ecosystem of apps and services which could have driven device adoption."  It's a strategy that has been in the works for some time now and has seen Microsoft signing various deals that enable the company to push its ecosystem of apps and services on alternative operating systems. In another effort to strengthen its ecosystem despite the lack of a hand in the mobile market, Microsoft also released the Microsoft Your Phone app, which enables Windows 10 users to interact with their photos, messages, and notifications on their Android devices directly from their PC screens.

"Microsoft, just like other players, is going after an ecosystem approach with its products and services.

In a marketplace crowded with smartphones and tablets, Microsoft needed to find a way to differentiate itself. The company pitched the Surface Duo as a complete rethink of productivity, driven by the ability to multitask. Using both screens, users can view their Outlook email and Calendar side-by-side, for example, or they can participate in a Teams meeting on the left, while watching their colleague's presentation on the right. Both screens are connected with a custom hinge that can rotate 360 degrees, which effectively means that the Duo falls under the category of foldable devices.

All of these specs did not justify the unusually high price point that the Surface Duo was originally selling at because in practice, it failed on understanding what consumers actually want. "Duo is one of the examples of product development being done without learning user behavior," Mikako Kitagawa, analyst at Gartner, said. The device is too bulky as a smartphone and too clumsy as a tablet, continues Kitagawa.

Worst still, some of the specs that are key to the appeal of a mobile device failed to convince: for example, the 11 MP camera, the older Snapdragon 855 processor and the relatively heavy weight of the device.

Microsoft believes there's always room for new perspective rooted in solving unmet customer needs, and that Surface Duo makes a compelling case for this new "dual-screen" category, helping to solve challenges that three out of four customers report facing while attempting to compete complex tasks away from their PCs.

But the Duo concept was not new, the now defunct LGE mobile unit had a similar product released 1 year before the Duo and ZTE had a similar product 5 years ago that also failed.  What seems the most arrogant is that the genius of Microsoft's chief product officer, Panos Panay failed by not recognizing the foldable display trend that started with Royole, was modernized by Samsung and Huawei and is now being adopted by every major smartphone OEM.

But there is another perspective on the Surface Duo. Perhaps the dual-screen device was not all that big a deal to Microsoft and instead was designed to be an experimental shot at a new form factor in mobile – a way to test the water with consumers, as part of a wider attempt to deliver Microsoft services on new devices.
​
For Ben Wood, chief analyst at CCS Insight, there was less at stake for Microsoft with the Surface Duo than it might seem. Rather than a failure, the device is a learning experience that the company can use to design its next innovation. But they didn’t need to look foolish by releasing the Duo, it would have been easier to have DSCC prepare a paper about the LG G8X Thin Q released in 2019 or the ZTE AXON M, released in 2017 for $750 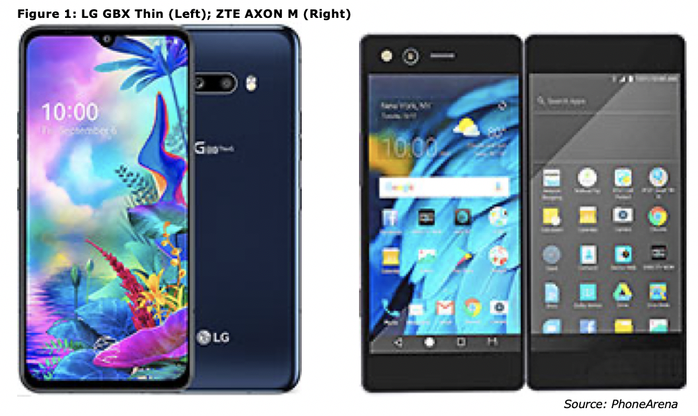