How realistic is it for OLED smartphones to reach a new high? 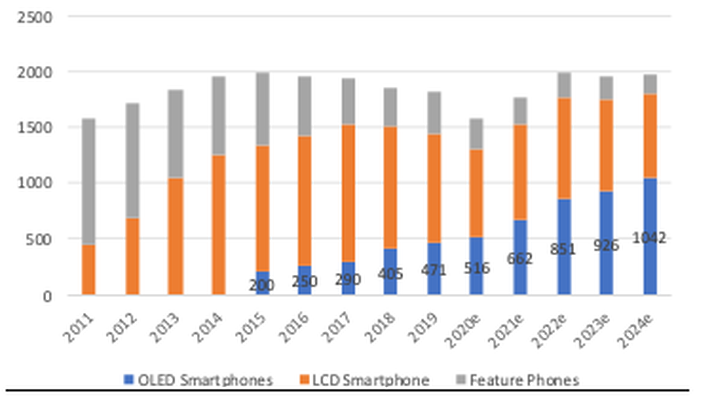 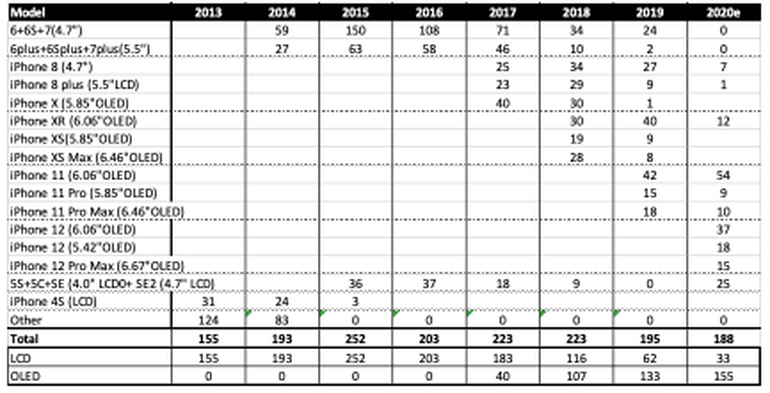 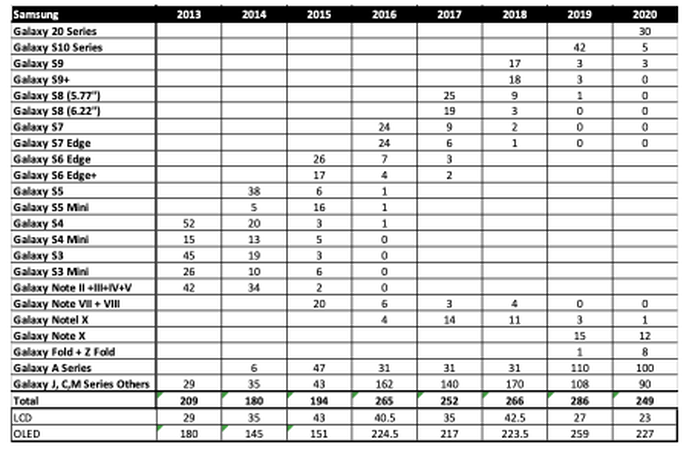 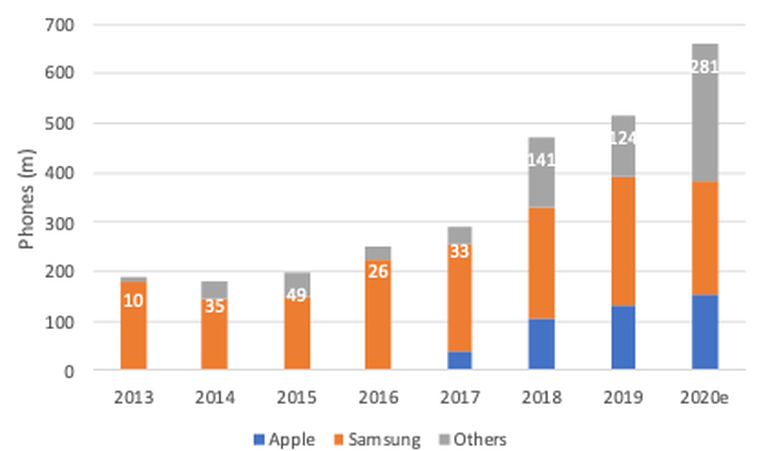 Source: Mizuho Securities, OLED-A
​
The remaining 281m by non-Samsung panel makers and by Samsung Display for OEMs other than Apple and Samsung Electronics. In 2020, Chinese panel makers are expected to ship 125m OLED panels for smartphones, which means the deficit of 281-125 or 154m smartphone panels would have to be made up by Samsung and LGD. At current utilization rates  and yields, LGD can deliver 85m panels with the remainder (71m) supplied by Samsung. Q120 smartphone shipments were down 20.1% Y/Y and sequentially making the prospect of a growing OLED shipment volume somewhat questionable.
​
Table 3: Q120 Smartphone Shipments, Share & Growth