Cadillac Used to be the brand that GM used to introduce the latest technology advances, but with the emergence of German and Japanese automakers in the premium market, they seemed to have lost interest in technology leadership. But that’s about to change. Chances are, Cadillac did not intend for this to happen. But the internet doesn't really care. Below is the all-new 2021 Cadillac Escalade, leaked ahead of its expected debut in the near future. The new  2021 Chevrolet Tahoe and Chevrolet Suburban, which share a platform with the next Escalade, were just unveiled and AllCarNews, provides a look at Cadillac's new luxury SUV.

Source: Carbuzz.com
From the side, the fourth-generation Escalade very much resembles the new Tahoe, but it's the front end that's completely different. The front fascia and grille are in line with the brand's latest styling language, currently seen on the XT6 and new CT5. There's an abundance of chrome surrounding the grille and window frame. At the back, although not shown in these pics, there are new LED taillights to complement the front LEDs. These will actually be full vertical taillights for a more dramatic effect.

Cadillac Escalades are known for being big vehicles, and the 2021 version will apparently get a screen to match. General Motors’ luxury marque announced that one of the key features of the 2021 Escalade will be a truly massive 38-inch curved OLED screen that stretches from the left side of the steering wheel to the midpoint of the SUV’s dashboard.

Source: Carbuzz.com
While that’s not quite as big as the 48-inch screen that stretches across the entire dashboard of EV startup Byton’s first electric SUV, it’s the biggest screen to appear in a mass-market vehicle from a traditional automaker. The combination of the size, curved surface, and OLED technology has Cadillac calling it an “industry first.”

Cadillac also says the display will feature “twice the pixel density of a 4K television” with “perfect blacks and the largest color range available in the automotive industry.” But the company didn’t say much more about what will appear on the display, or whether similar screens on other models are expected down the road. More information will be revealed when the Escalade is unveiled in February 2020.

Most infotainment systems occupy a space in the center of the dashboard, and even the largest are typically no bigger than a tablet. Cadillac's video makes it look like this screen will stretch across the interior of the car. As Autoblog points out, Cadillac’s teaser video also reveals that the 2021 Escalade will have Cadillac's semi-autonomous Super Cruise driving technology, indicated by the green light across the steering wheel. We won't have to wait too long to learn the specifics, as the reveal is scheduled for less than two months away. 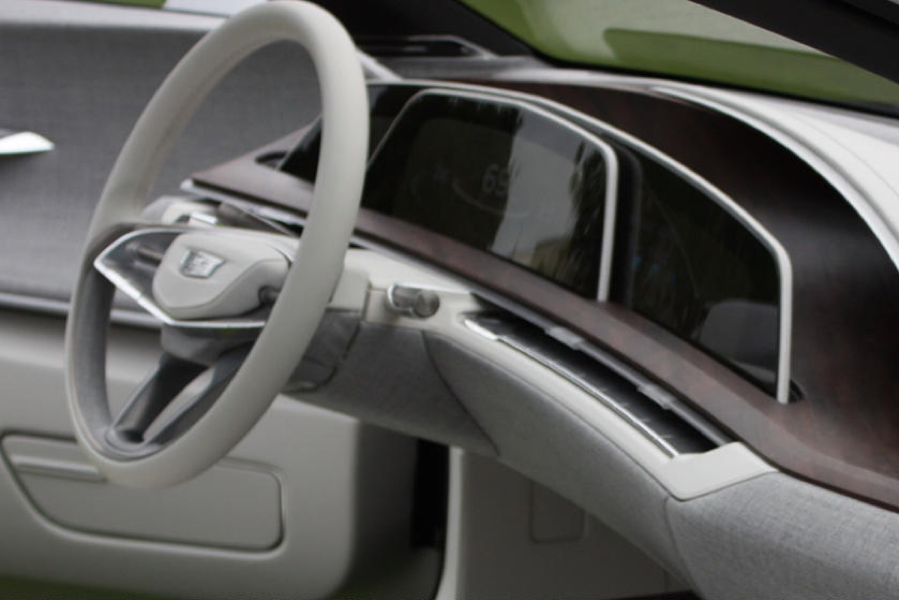 Source: Carbuzz.com
Cadillac remains committed to the touchscreen trend greatest interior screen, even as some of the worst offenders cropped up in concept vehicles, though most automakers aspire to equip future models with more screen space than they know what do with. 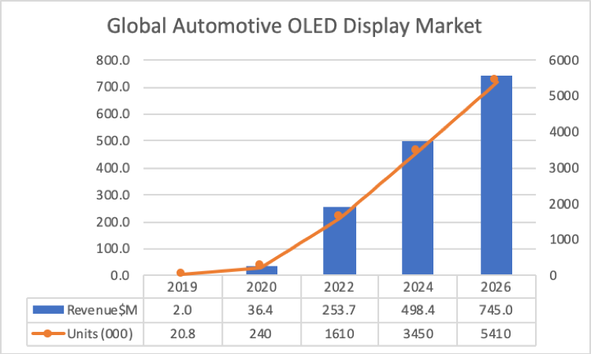