If smartglasses are to achieve widespread consumer acceptance and reach the sales levels of smartphones, they have two fundamental problems to solve:Microsoft, Google, and Magic Leap are investing billions to develop the technology, which creates the functional in a headset, but companies like Bosch are extending the capabilities to standard-looking glasses.

Bosch Sensortec has unveiled Smartglasses Light Drive - a a new wearable technology that will enable the kind of smart glasses people might actually want to wear.  Bosch’s innovative solution allows the arm thickness and size to remain almost the same as non-smart glasses, while offering superb smart functionality. For the past few years, smart glasses have been gradually moving away from big, chunky frame designs and getting closer to looking like regular glasses and over the next decade are trying to replace the functionality of smartphones. 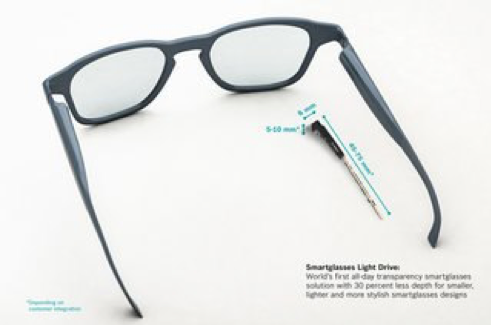 Source: Bosch
It's a far cry from Google's Glass which had a very chunky arm on one side with a visible external lens for putting the information into your eye's view.
Bosch's internal smart module is only 8mm thin at its thickest end. It's so small, Bosch believes it can be integrated into pretty much any regular spectacles. That means you'd no longer be restricted to a handful of frame styles in the company's dream world.

There's no visible display, and no integrated camera either, to cut down on the bulk normally associated with this style of wearable. Like Google Glass, however, its primary aim is to bring information into view when it’s needed.  The glasses show navigation when driving/walking, or mirror notifications, or tick off items on a simple to do list and it works using holographic technology. Bosch embeds a holographic element into the lens of the glasses, which then beams an image directly on to the wearer's retina. So, it works even in bright daylight and is always sharp and in focus (according to Bosch). It also works with both curved and corrective lenses, making it useable by consumers with prescriptive glasses. 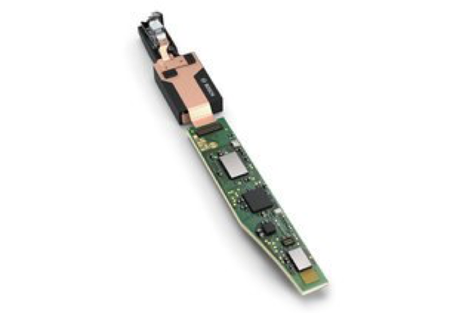