The expanded use of UTG in foldable phones will also provide a chance for Corning to expand its share against Schott. Samsung currently exclusive procures UTG from Schott and has added Corning as a supplier for the Fold 3. 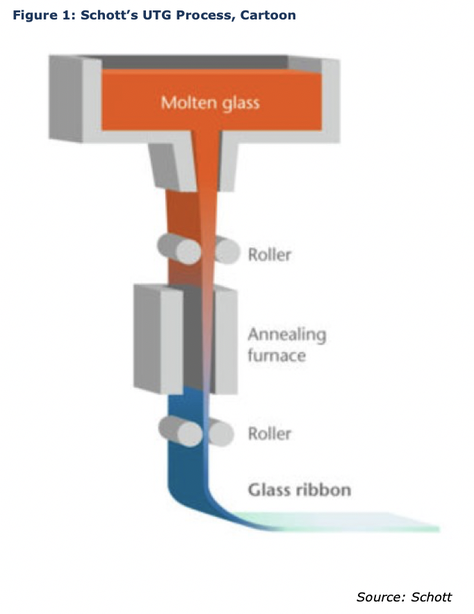 However, TheElec reported that Corning’s yields for the UTG cover glass were still low for mass production.  Corning’s bendable glass is reported to be around 50 um thick, compared to Schott’s 30 um. Dowoo Insys performs the cutting, edge processing, chemical strengthening, and cover film lamination for the Schott UTG. Samsung is using eCONY to carry out the etching, strengthening, and cutting of the Corning’s UTG. Both Corning’s and Schott’s glass are not exclusive to Samsung, but the processing is. Currently a foldable panel costs two to three times more (between US$150 to US$250) than a conventional flexible OLED panels (around US$80).

Samsung’s Galaxy Z Flip3 passed through China’s TENNA which revealed details about the battery capacity and dimensions of the upcoming foldable phone. Now, the American variant of the Z Flip3 has appeared in Geekbench. The benchmark run reveals that the SM-F7110U is running the Snapdragon 888 chipset and at least 8GB of RAM. The Geekbench 5 score came in at 1,015 for the single-score and 3,161 for multi-core. Unsurprisingly, the Z Flip3 tested is running Android 11 with Samsung’s One Ui layered on top. 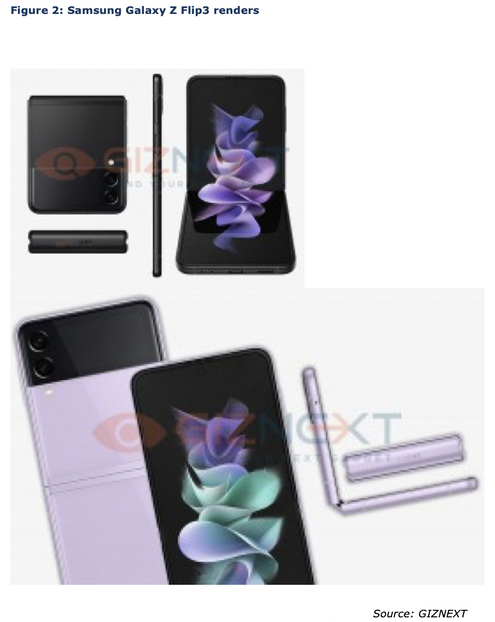 ​Samsung’s will announce the Z Flip3, along with the Z Fold3 and Galaxy Buds2 during an August 11 launch event.