Despite being rejected by both Samsung and Apple, BOE plans to ship more than 40 million OLED panels this year, the company revealed during its conference call for the first half of 2020.The company claimed to have shipped around 16 million units of flexible OLED panels in the first half of the year. Over 24 million units are projected to be shipped in the second half of the year. Last year the company shipped 17m OLED panels. The display maker is also planning to expand its OLED production line in the second half of 2021. BOE hopes to ship OLED panels to Apple in 2021, using the B11 and B7 lines. BOE's first flexible OLED line was the B7, which began operations in 2017. The B11 line produced 4m of the 16 million that the plant was designed for. BO̅E called their B11 production line the "Apple Line." It would appear that 4 million panels unofficially went to Apple as part of a test. BO̅E is hoping to utilize the full B11 line's capacity in the second half of 2021 without confirming that Apple has made a commitment to order more displays next year. Most of BO̅E's OLED displays are shipping to most of China's smartphone vendors such as Huawei, Oppo and Xiaomi.

Samsung Display shipped 29.3 million units of flexible OLED panels in the second quarter giving the company a 63.2 per cent of market share. Closely followed was BOE with 11.3 million units and 24.4 per cent market share. In Q220, BOE had revenues of $4.9b, a record quarter, up 33.2% sequentially and 17.9% Y/Y. The revenue growth reflects the production in BOE’s Gen 10.5 LCD fabs and a ~$500m contribution from OLEDs. Operating profit was $315m or 6.4%, relatively strong performance these days for a display company. 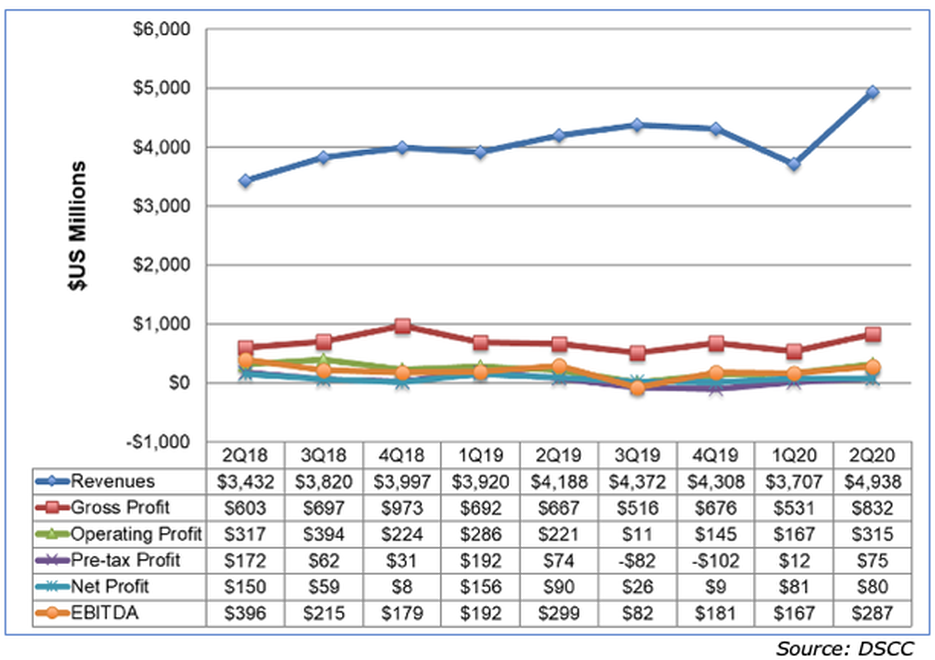