are getting ever more comfortable, at least in terms of materials and finishes, as well as seat technology. But for the most part, they are rather grey and boring, particularly the ceiling. While the Dreamliner and other innovative interiors have sought to use LED mood lighting to add interest and color to the interior, there’s more that can be done  with this space to add interest and design touches.
Collins Aerospace came up with a delightful means of making this space more engaging. The company calls its idea the Secant Luminous Panel, and effectively turns the cabin ceiling into a giant display area, capable of showcasing images, branding, or even moving pictures to enhance the ambiance of the cabin space.
The Secant Luminous Panel can be applied to any aircraft ceiling, or indeed cabin wall or bulkhead, and can be used to display just about anything. 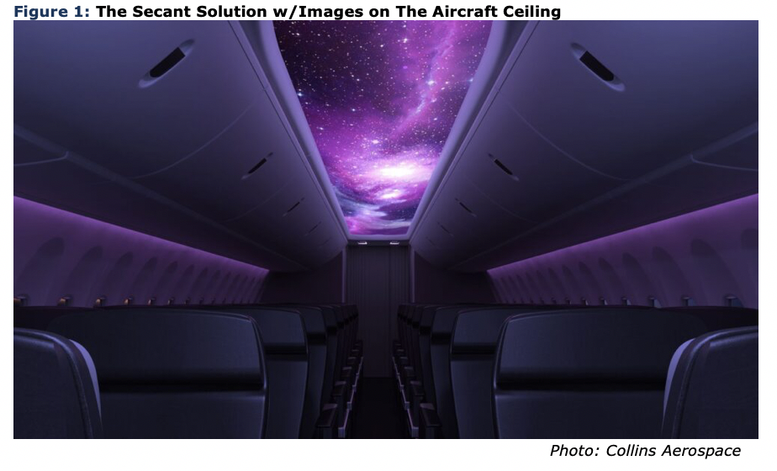 ​The panel is a fully customizable display, capable of being used as general cabin lighting, or hosting a variety of imagery in the space, which could be visuals of the clouds above, of a starry night sky, or even safety information such as routes to emergency exits. Airlines could also use it for branding or promotion, selling space to advertising partners on each flight. The technology can also be integrated into other parts of the aircraft cabin, such as the cabin walls and could offer a personalized welcome to guests, or to direct them to their seat number without the usual peering and squinting required. 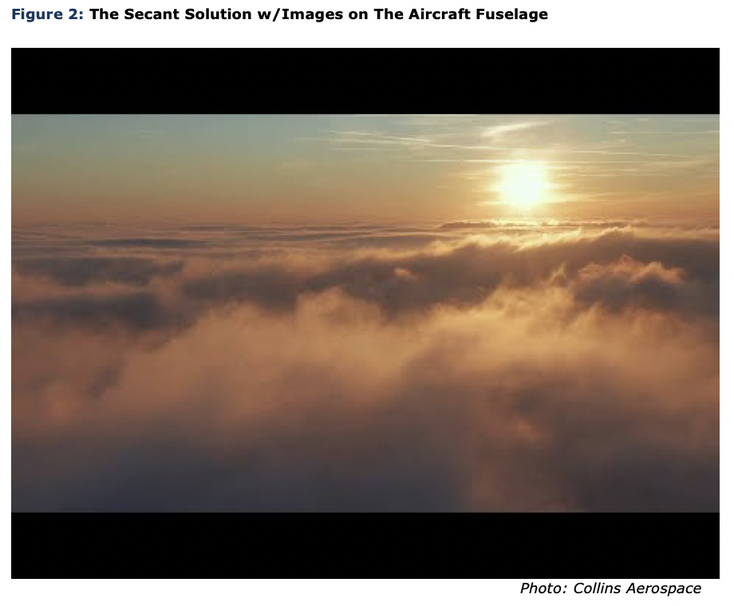 ​Secant uses micro-LED technology to transform any surface in the aircraft into a dynamic, illuminated display. The solution is completely scalable, so it can be used in very discreet areas or can be scaled up to cover an entire ceiling. It’s made up of multiple flexible panels, printed circuit boards, that can be collected together to form a larger display area. Because the panels are flexible, they can be molded to fit any part of the aircraft interior. Joined together and covered with a translucent fabric, to the naked eye they are not there at all, but once they’re powered up and a display is launched, they turn the cabin architecture into something quite beautiful.
Projections can be installed on cabin walls.  Boeing 777-200 Eco Demonstrator… showed a TV screen ceiling powered by OLED screens. This aircraft is used to test new tech, from new environmental efficiencies to cutting edge concepts. 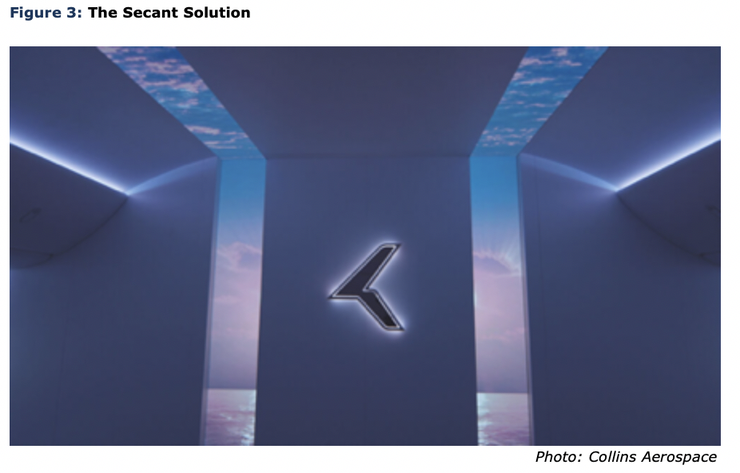 ​The technology delivers fully distributed light, so the lighting is more natural and evenly spread, rather than coming from a fixed position which will naturally create dark corners. No heat is produced, so it will be easier for crews to maintain a comfortable temperature on board.

SECANT was a finalist in the 2018 Crystal Cabin Awards, but it is yet to make its way onto an aircraft. Nevertheless, with airlines seeking new ways to differentiate themselves in the competitive marketplace, this is an idea that could see renewed attention in the future. At the very least, we can see it being a hot pick for the business jets and VIP aircraft of tomorrow.