Automotive display shipments are expected to reach 238m units in 2030 up from 127m units in 2020, a CAGR of 6.5%, according Omdia.  Shipments of emirrors are expected to grow 16.1% per year on average from 2020 to 2030, while head-up display will grow by 13.5% per year on average over the same time period. Automotive display market will continue to show single digit growth every year, while technologies such as OLED, MiniLED and MicroLED will gradually enter the market.

AUO, Innolux, PlayNitride and Lextar showed off their automotive display that uses MiniLED and MicroLED technologies at the Touch Taiwan industry event in April.
​
Omdia said MicroLED has high luminance, transparency and reliability that are attractive to automobile companies. General Motors is planning to use a 33-inch OLED[1] display to its Lyrig electric vehicle model due to this year. 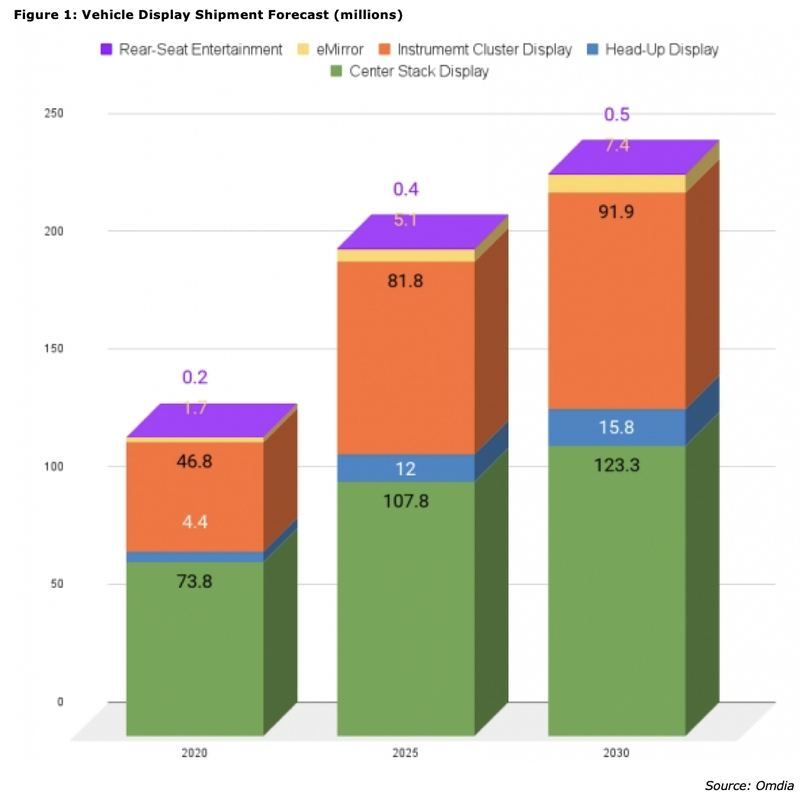