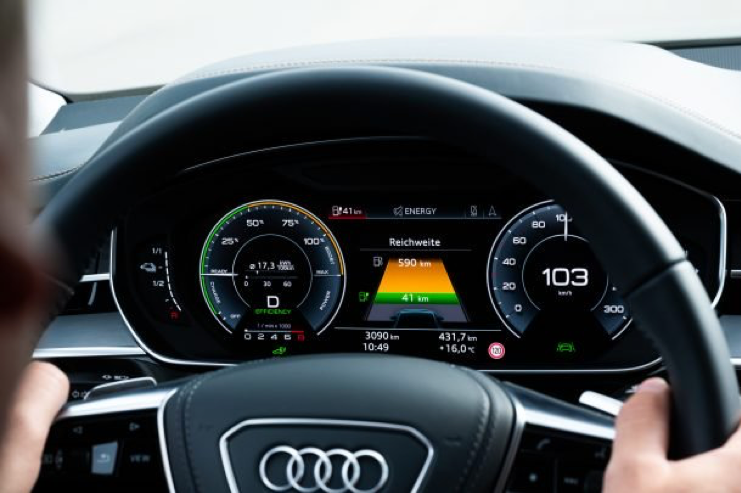 Source: Motor Authority
While today’s setup has a real volume knob, Lichte said in the future there will be no more buttons. The traditional volume knob will disappear, but some sort of alternative will remain, likely a volume rocker on the steering wheel for those who don’t want to use the touchscreen or voice controls. While voice controls open cars up to the same privacy concerns as smart-speaker technology (e.g. Google Home and Amazon Echo/Alexa), it’s probably the best solution to keep drivers from getting distracted. Touchscreens tend to require much more attention than a simple switch or knob. Several small-scale tests support this claim. But perhaps the most damning evidence came from the U.S. Navy, which decided to revert its destroyer fleet back to traditional controls after the National Transportation Safety Board faulted the new design as partially responsible for a fatal shipwreck. Surveyed crewmen also said they didn’t care for the new touchscreen systems, claiming they produce more fatigue and aren’t as intuitive or functional as dedicated physical controls.
That doesn’t guarantee Audi is making a mistake, just that there are some obvious drawbacks to its strategy. Those big screens are going to constantly draw the driver’s eye; interfacing with them will require more focus than the clock-radio units jammed into the dashboards of yesteryear. They’ll also grow heavy with fingerprints as you begin using them on a daily basis and may eventually drive you bananas with promotional items you didn’t ask for. But they’ll look slick in a dealer showroom and likely offer novel app-based features that require a very specific, and screen-centric, interface.