Ahead of the launch in a couple of weeks, DXOMARK has come out with an exclusive review and the ROG Phone 5. 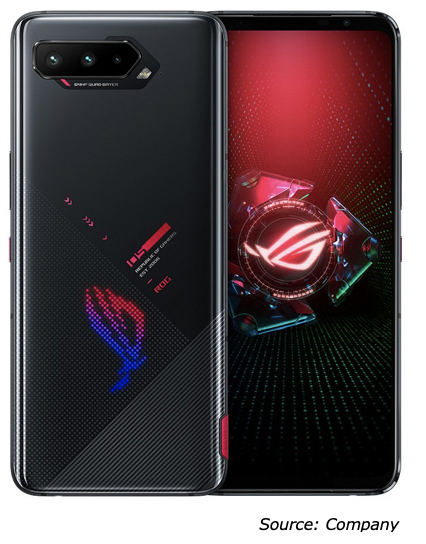 According to the report, ROG Phone 5 gets an overall Audio score of 79, which is the highest ever score on the Rankings chart. The device, not only beats Xiaomi’s Mi 10 Pro (76 points) but also does well compared to the predecessor. Compared to the ROG Phone 3 from last year(75 points), the successor apparently does well in both playback and recording with 78 and 79 points respectively. Specifically, it aces the Playback section with good dynamics, spatial, and artifacts scores. It also has good timbre, clear tonal balance, and bass precision. However, few cons like slightly lesser overall volume and pumping effects at max volume might irk some users. Regarding the recording feature, the report says that the ASUS‘ 2021 ROG flagship has a tonal fidelity, realistic spatial traits, accurate envelope rendering(The envelope of a sound wave for finding quality). It also has a good maximum recording level and mic pickup but has slight distortions at some point.

The ASUS ROG Phone 5 is expected to feature a 6.78-inch OLED screen, Snapdragon 888 chipset paired with up to 16GB RAM. The device will likely feature a 6,000mAh battery with 65W rapid charging. The report also gives covers the Dot-Matrix LED on the rear panel, which can be used to show signs, messages, and logos on the back(in the case of ROG Laptops). The report confirms the presence of a 3.5mm audio jack, Dual-Front facing speakers with Dirac tuning technology.