​In its latest earnings release, Samsung showed that it doesn't need mobile to make money, as it boosted earnings by 20% to 63.67 trillion won ($55.56 billion) and saw an operating profit of 12.57 trillion won ($11 billion) as its mobile division saw revenue fall over the previous quarters.

The mobile division fell off due to weaker seasonal demand and a component shortage at its Vietnam factories, the company said it would "solidify its leadership in the premium [mobile] statement by mainstreaming the foldable category."

Samsung confirmed that it would introduce new foldable products soon, likely referring to its August 11th event in which its expected to announce The Z Flip 3 and the Z Fold 3, with an under panel camera. 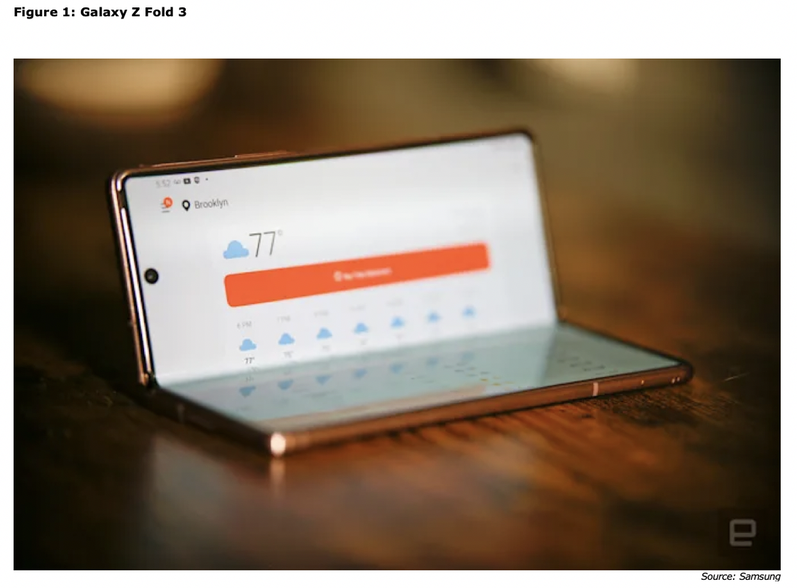 ​Counterpoint Research has released its quarterly analysis of the mobile market in India, one of the biggest markets in the world. The report revealed an 82% yearly increase in shipments and a 14% sequential decline due to the second COVID-19 wave. Xiaomi retained its leadership with a 28.4% market share, while second placed Samsung lost a lot of ground and accounted for just 17.7% of the sales. Third placed vivo also lost some market share as Realme and Oppo as well as the makers in the "others" group gained significantly. India is also a huge market for feature phones, and that segment affected the overall sales numbers a lot. The handset business (smartphones + feature phones) grew 74% YoY but declined 28% on a quarterly basis, mostly because the feature phone side saw half the sales, compared with Q1 2021.

​
Strategy Analytics reported that Q221 European smartphone shipments were up 16.2% Y/Y to 50 million units. Xiaomi topped all vendors with 25% market share. The smartphone market rebound was driven by the continued economic recovery, a healthy demand from consumers with aging devices and appealing value priced 5G devices.

​The US smartphone market saw a 27% Y/Y increase in H1 2021 sales as carriers continued pushing 5G upgrades and heavily discounted 5G smartphones. Both Apple and Samsung devices were the top-sellers in the premium segment with 53% and 17% YoY growth, respectively. OnePlus, Motorola and Nokia HMD saw strong growth in the market by capturing the void left by LG’s exit from the smartphone business.

​There was a consolidation of the market with LG and VinSmart’s exit, increased demand from carriers for more affordable 5G smartphones, and manufacturing constraints due to the global component shortage. OnePlus, Lenovo (Motorola) and Nokia HMD stepped in the vacuum. Supply for many Android OEMs has been tight, especially for the sub-$600 devices.