Vertical Divider
The high end TV market has become a mecca for technology innovation and marketing deception as the battle for supremacy of the highest profitable segment heats up. Panel sizes continue to grow, and the most popular size continues to increase reaching 65” with 75” and 88” looming in the future. Moreover, the target resolution has moved from 4K to 8K despite incomplete but growing content in 4K and virtually none in 8K. Finally, there is the application of HDR, which puts a premium on APL, contrast ratio and luminance.  The pressure is on panel makers to improve the display’s viewing angle performance, increase the luminance, grow the color gamut, increase the contrast ratio and maintain or reduce the power consumption. It is a tall order each technology, and OLEDs, QLEDs (VA) and LED/LCDs (IPS) have different responses to the challenges and different results. 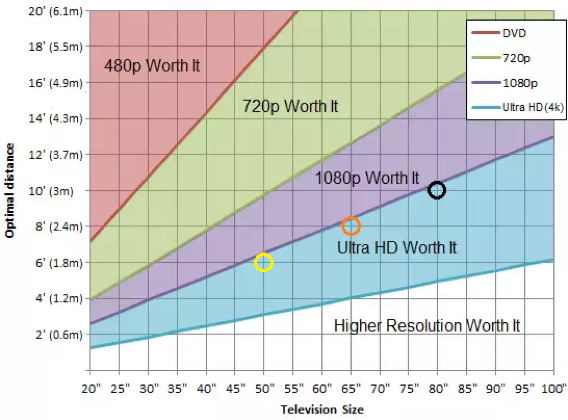 Source: Seeking Alpha
​
Studies in several countries have found that 80% of the TV viewers are generally within ±30° of the center of the screen, with most of the remaining 20% within ±45°, and a small number extending all the way out to ±60°. For LCD TVs, Picture Brightness  decreases as the viewing angle increases:

QLEDs occupy different market and technology segments than OLEDs and it is necessary to drill down into the overall TV panel market. In 2019, display revenues are forecast to be $110b, with TFT LCDs occupying the lion’s share at 76% but down from 84% in 2016. TV panels are the largest revenue segment of the display industry with an annual revenue of over $40b, so it is not surprising that LCD manufacturers are doing everything possible to maintain their leadership position. But recent events, such as the over 20% annual decrease in average LCD TV panel prices that has resulted the 6 month delay in Sharp’s opening of its new Gen 10.5 fab in Guangzhou and both fab closures and conversions of LCDs to OLED is putting pressure on LCD engineers to overcome the inherent strengths of OLEDs, including;

While these improvements serve to reduce the cost difference between high end LCDs and OLEDs and since OLEDs do not compete at the mid to low end, the improvements are only marginally applied in TV panels under 50”. Even with the improvements in LCD panels, OLEDs are still judged by almost all the reviewing agencies as providing the best TV picture.

QD/LCD panels that use multi-domain designs suffer from color shift depending on the viewing angle. Color coordinates move as the viewing angle changes and 8K panels heighten the distortion in viewing angle. To minimize viewing angle issue, some manufacturers increased the number of domains from 4 to 8. But at a higher resolution, the transmittance decreases to unacceptable levels, as shown below.

Source: Industry
To overcome some of the limitations created by the multi-domain approach, Samsung has incorporated a dithering approach to approximate a color from a mixture of other colors when the required color is not available. However, the use of dithering has side effects, which in effect reduces the actual resolution and does not fully reproduce the expected viewing angle performance.

Source: Industry
​
In addition to the use of viewing angle compensation film, the placement also affects the image quality. In some of 8K panels, the film is used to diffuse the light from the backlight , which causes serious distortions in resolution.

Source: LG Display
Recently, Rasmus Larsen reported the use of these techniques from the viewers perspective. Since Samsung introduced its "AI" processor in its 8K TVs - a processor that has trickled down to 4K TVs - its TVs have used sub-pixel rendering to improve viewing angles by taking advantage of sub-domains. This sub-pixel rendering works in all directions. As shown below, the panel operates its sub-pixels in clusters of four.

Source: LG Display
The Samsung 8K QLED TVs using VA panels sacrifice effective resolution to improve viewing angles. Unfortunately, once seen, it is very hard to unsee. This The upper left is fully lit, while the lower right is dimmed, and the upper right and lower left are turned off. Together, these combine to create the intended shade of green and improves viewing angles. In other types of panels, each sub-pixel would represent its own gradation so all would display the same G 96 shade for higher resolution. 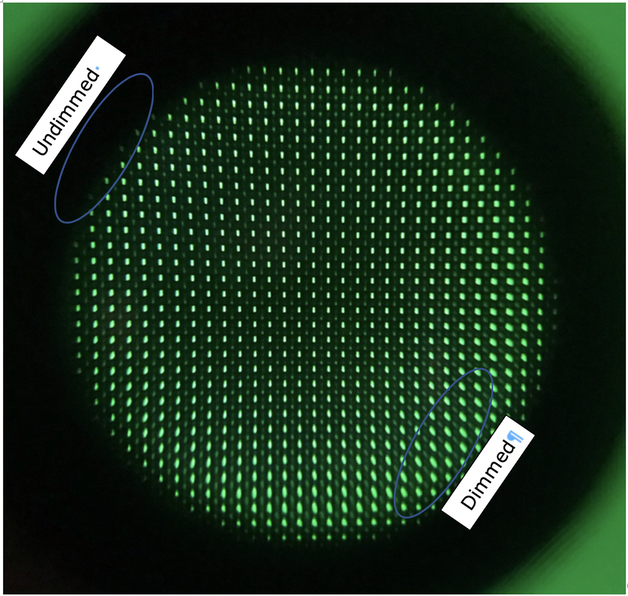 Source: Rasmus Larsen
The upper left is fully lit (G 255), the lower right (G96) is dimmed, and the upper right and lower left are turned off. Together, these combine to create the intended shade of green (G 96) - and improves viewing angles. In other type of panels, each sub-pixel would represent its own gradation so all would display the same G 96 shade for higher resolution. The example uses green to illustrate the effect but with actual video content, 'quad rendering' gets applied dynamically, depending on the picture composition. In some scenes, there is nothing to see, but in most scenes, it is easy to point out. Notice the darker areas above the eyes or the darker areas close near the hairline, also notice lines and pixel patterns. This is an 8K TV distortions shouldn’t be seen. 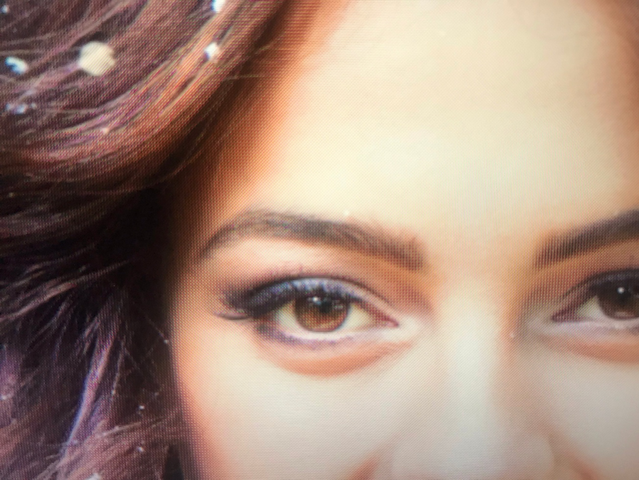 Source: Rasmus Larsen
​
In 8K TVs, it appears that Samsung is using an eight-domain approach, which results in a measurably lower coverage of DCI-P3 color gamut, while the dynamic pixel rendering mechanism distresses color reproduction because the panel dims colors/luminance in some sub-pixels, depending on the content. Some scenes have a green tint, mostly visible on grey tones. Even in Game mode of 8K TVs, pixel rendering is still applied and therefore do not support full 8K.

The next figure shows the results of a system designed to detect test patterns such as 1:1 checkerboard used for benchmarking. It then deactivates dynamic pixel rendering, which could be viewed as similar to what Volkswagen did when their diesel engines were tested. It's a significant limitation drowned out in all of the 'noise' surrounding 8K TVs. The company's motivation has a lot to do with HDR and its eagerness to position its QD/LCD TVs as the brightest HDR TVs on the market. Poor viewing angles kill HDR for everyone sitting outside the sweet spot. The sub-pixel pitches at 8K (26µm-36 µm) are getting so small that some designs are introducing distortion. The next figure shows the white-black pattern used for the resolution specification. The top one is from last year's QD/LCD. And, the bottom one is from this year's QD/LCD with compensation film used to improve the viewing angle. The patterns for the 2018 TVs for both 4K and 8K now show blurring caused by the use of compensation film that didn’t appear in the 2018 versions, without the film.

Source: LG Display
​
A standard to precisely define resolution has been established by the ISO, International Organization for Standardization and ICDM, International Committee for Display Metrology. The key element in the standard is that the division between the white line and the black line has to be greater than 50%. As a result, some 8K panels that use compensation film do not meet the standard.

Source: ICDM
​
CTA recently announced that to meet its 8K TV requirements, an 8K TV "shall meet a minimum of 50% contrast modulation using a 1x1 grill pattern from 2020". The following report, compares the several panels against the standard, which requires contrast modulation of at least 50%. When the viewing angle compensation film was used, some of the new models either barely met or failed the failed the standard as reported by Intertek and VDE.

Source: Intertek and VDE
​
​It concludes that some of this year's 8K QLED TVs do not qualify 8K resolution based on ISO Standard. Also, 3rd party testing services have demonstrated that the 8K QLED TVs do not meet 8K resolution.
Part 2 of the article will discuss the differences in luminance between LCD TVs and OLED TVs and the effect of FALD on the implementation of HDR.