Apple reported Q3 2021 earnings  with record revenue, along with amazingly strong growth. Apple's wearables division is a growth machine that is starting to come to life. There are six new Apple Watch identifiers, including A2473, A2474, A2475, A2476, A2477, and A2478, which are likely the new Apple Watch Series 7 models running WatchOS 8. 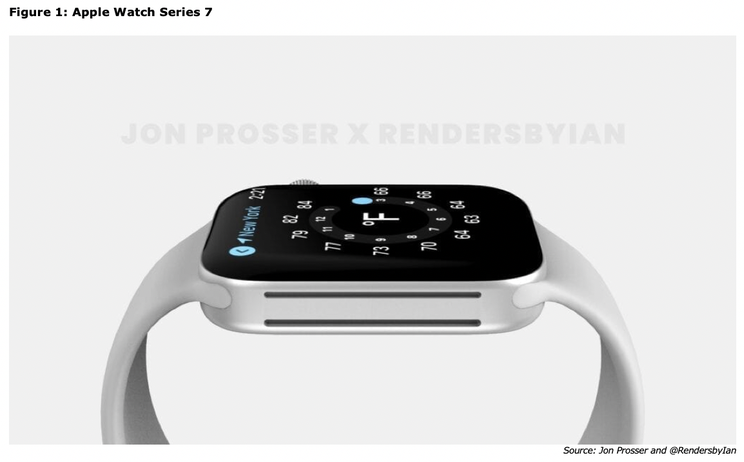 ​In Apple's most recent quarter, wearable revenues nearly tripled previous consensus estimates. As more consumers begin to buy Apple watches and other wearables for the first time, consumers will get integrated deeper into the Apple ecosystem, which will only make their products stickier, stronger, and more monetizable. The strong growth in wearables revenue now brings the wearables segment of Apple's business to the second-largest product segment in terms of revenue for the business. In this quarter, the wearables segment ended up with more revenue than both Mac sales and iPad sales. The Apple Watch Series 7 will feature thinner display bezels, a faster processor and include “updated ultra-wideband functionality, representing the first significant design to the Apple Watch since the Series 4, which was released in 2018. Apple was reportedly aiming to include a body temperature sensor as well, but that feature may have been delayed until the 2022 watch.