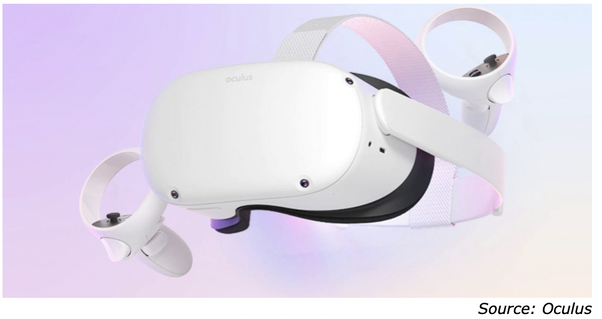 Apple’s mixed reality headset development has been an open secret for years and its plans are coming into sharper focus as Bloomberg reports that Apple will begin by releasing a deliberately niche and expensive headset first, preparing developers and the broader marketplace for future lightweight AR glasses. For technical decision makers, the report should be a wake-up call — a signal that after tentative steps and false starts, mixed reality is about to become a big deal, and enterprises will either need to embrace the technologies or get left behind.

Apple reportedly plans to start with a headset primarily focused on virtual reality, with only limited augmented reality functionality, which is similar to Facebook’s Oculus Quest, which spends most of its time engrossing users in fully virtual worlds but can use integrated cameras to let users see basic digital overlays augmenting their actual surroundings. Apple has repeatedly said that it views AR as the bigger opportunity, and if the headset’s being targeted at a high price point, it’s clearly not going to be positioned as a gaming or mass-market entertainment VR product. The initial focus will almost certainly be on enterprise VR and AR applications. As Apple’s mixed reality projects have simmered in development, there’s been plenty of ambiguity over whether the first headset would be tethered to another device (iPhone or Mac) or completely standalone. Tethering enables a headset to be lighter in weight but requires constant proximity to a wired computing device — a challenge Facebook’s Oculus Rift tackled with a Windows PC, Magic Leap One addressed with an oversized puck, and Nreal Light answered with an Android phone. The future of mixed reality is in standalone devices, but making small, powerful, cool-running chips that fit inside “all-in-one” headsets has been a challenge. Apple has decided to treat mixed reality as its own platform — including customized apps and content — and will give the goggles Mac-class processing power and screens “that are much higher-resolution than those in existing VR products.” While Facebook evolved the standalone Oculus Quest’s app ecosystem upwards from smartphones; Apple’s approach will give enterprises enough raw power on day one to transform desktop computer apps into engrossing 3D experiences.

Apple’s mixed reality hardware timeline has shifted. The timing is uncertain — Bloomberg suggests a launch of the mixed reality goggles in 2022, followed by the lightweight AR glasses “several years” from now. Assuming the latest timeframes are close to correct, Apple’s approach will be good for enterprises, giving developers at least a year (if not two) to conceive and test apps based on mixed reality hardware, with no pressure of immediate end user adoption. If the goggles sell for $1,000 or $2,000, they’ll appeal largely to the same group of enterprises that have been trialing Microsoft’s high-priced HoloLens or Google Glass Enterprise Edition, albeit with the near-term likelihood of a more affordable sequel — which neither Microsoft nor Google have delivered. Apple’s ARKit has been around since 2017 and now is at version 4, with the latest iPad Pro and iPhone 12 Pro models capable of previewing how mixed reality content will look on 2D displays. The big changes will be in how that content works when viewed through goggles and glasses — a difference nearly any VR user will attest is much larger and more impressive than it sounds. The breadth of the business’ headset adoption needs at various price points, including $2,000, $1,000, and $500
​
With its top-end features like a powerful processor and high-resolution displays, the VR headset is expected to be niche and expensive, with Apple apparently not expecting to sell more than 200,000 units per year. That follows a trend of Apple introducing premium devices in new categories for the company — such as the original HomePod and Air Pods Max — before introducing more affordable versions later.