Ever since the Apple Watch appeared in 2015, it’s held the promise of not just counting steps and heartbeats but also acting as a sort of personal passport that can identify and authenticate access to places and services in the world. All these tricks will also work on the iPhone, but they’re far more useful on the wrist. The whole idea is not having to reach into a pocket or purse–with credentials on the wrist, both hands remain free.

​Apple loads credit cards and other forms of payment into the Watch’s Wallet. Apple Pay payments work without an iPhone because the Watch can connect to bank servers through the retailer’s card reader. Retailers slowly began accepting Apple Pay, and now the payment standard is accepted by most brick-and-mortar stores. One less reason to carry a wallet. 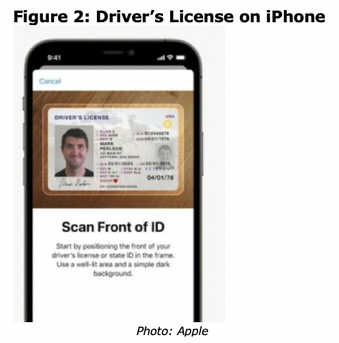 ​With WatchOS 8, a driver’s license or state-issued ID can be into the Apple Watch. Like credit cards, IDs will be encrypted and stored in the Watch’s Secure Enclave. Apple says a few states already intend to issue and honor digital IDs later this year, and more will surely follow. The company has also been working with the Transportation Safety Administration to allow passengers to present their ID from their Watch at certain airports. It’s already done so in San Francisco, New York, Beijing, and Tokyo. WatchOS 8 will let people digitize their transit cards in more U.S. cities, in more Japanese cities, and in some mainland China cities, Apple says.

​Apple isn’t just going after the physical wallet; it wants the Watch to the house–physical keys. The product is already capable of unlocking certain kinds of door locks. Apple says it’ll be able to open even more kinds of locks this year. The Home Key feature uses the Watch’s NFC radio (the same one used in Apple Pay) to communicate with the lock in the door. More hotels will likely start to let customers put room keys in the Watch as more room locks go digital. Hyatt hotels will start rolling the function out in more than 1,000 properties worldwide starting this fall, Apple says. Apple has already enabled some car-key functionality in the Watch, Series 6 models contain an ultra-wideband radio, which the device will be able to use to unlock a car from a distance. Apple says BMW and others will ship cars that support the function later this year.

Other IDs to think about -- library cards, apartment building entrance, Zipcar, health insurance information and medical records. As the Watch evolves fitness could cease to be the main draw of the device. If the Watch lets people carry their ID and house keys, the device could become crucial in new ways. If ID issuers buy into the idea, and consumers get used to digital locks, the Watch could see a new surge in sales.

The next Apple Watch will offer a slew of incremental upgrades, according to a new report. The Apple Watch 7 will reportedly feature a faster processor, thinner bezels, and better ultra-wideband functionality. According to Bloomberg, this year's Apple Watch refresh will focus on design and performance improvements. 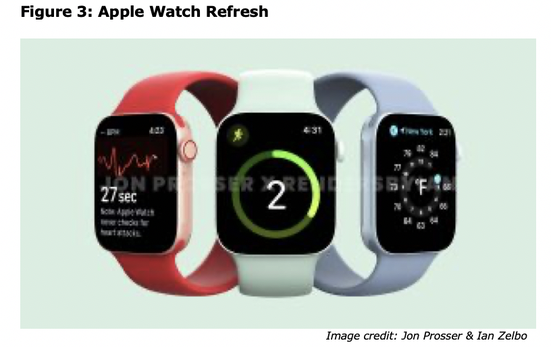 ​Instead, previously rumored upgrades like a built-in blood glucose reader and a rugged Apple Watch variant will reportedly be reserved for future models. Apple is also working on a skin-temperature sensor on a follow-up to last year's Apple Watch SE for 2022, Bloomberg's sources said. It seems likely in 2022 Apple will introduce more extensive renovations and new health monitoring tools.

Bloomberg said the company is testing a "new lamination technique" that raises the watch's display closer to the top cover. Bloomberg's report also said Apple Watch 7 could be "slightly thicker," but it shouldn't be noticeable. Leaker Jon Prosser recently shared renders of the Apple Watch 7 with a flat-edged design and experimental color options. Prosser, who has a reliable track record with rendering forthcoming Apple devices, said the Series 7's display "will likely stay the same," countering the information from Bloomberg's sources. The leaker said the images he allegedly saw could be of the Apple Watch 8 or another future version, though.
​
As for connectivity improvements, the Apple Watch 7's will reportedly borrow updated ultra-wideband technology from the Apple AirTag key finder. The Apple Watch 6 brought a U1 chip to the smartwatch for the first time, but the company has upped efforts in location finding and other proximity tools.