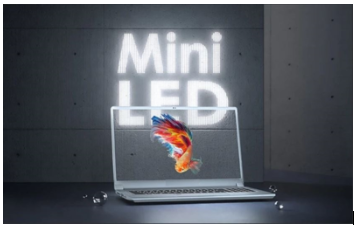 Trendforce Assistant Research Manager Max Chen indicates that the massive expansion of the LED industry has also stimulated a corresponding surge in the peripherals market, which benefits both existing and newly developed LED process equipment."

The beginning of a new shift to mini-LED based displays is exciting a lot of investment in the supply chain. In a report by 'Medium' describes the difference between Mini-LED, OLED and micro-LED that is superior to OLED. Apple has a  few micro-LED patents on record for the next higher-end standard here: 01, 02, 03 & 04.

TrendForce apparently lacks understanding of Mini LED backlights as they say “Mini-LED displays are similar to OLED displays in that they could provide deeper blacks over LCD displays”. Mini LED by themselves don’t improve the CR. Future mini-LED displays lack the superior image quality if micro-LED displays that TrendForce says Apple engineers are currently developing.