The 2021 iPhone lineup will look similar to the 2020 iPhone lineup, with four devices in sizes that include 5.4-inches, 6.1-inches, and 6.7-inches, with two of the iPhones being higher-end “Pro” models and two positioned as lower-cost, more affordable devices. Major design changes are not expected, and 2021 iPhones will have the same feature set as the 2020 iPhones, but we can count on camera improvements, a faster A-series processor, a new 5G chip from Qualcomm, increased battery life, and some tweaks to the notch. There were rumors that at least one iPhone in 2021 would feature a portless design that relies entirely on wireless charging, but reliable Apple analyst Ming-Chi Kuo says that’s not going to happen. Apple is going to continue to rely on Lightning for the foreseeable future with no transition to USB-C and no portless design until MagSafe accessories are more common. Expect a smaller notch, and while some rumors suggested it could be shallower, device mockups based on information sourced from the Chinese supply chain indicate it will be smaller in size, taking up less space than the existing notch. Apple is also expected to introduce 120Hz refresh rates for Pro iPhone models, bringing the iPad Pro’s ProMotion technology to the iPhone. Apple is said to be considering adding an in-display fingerprint sensor to the iPhone 13 models, which would be used in addition to Face ID as an alternate biometric authentication method, but it’s not yet clear if this will happen. 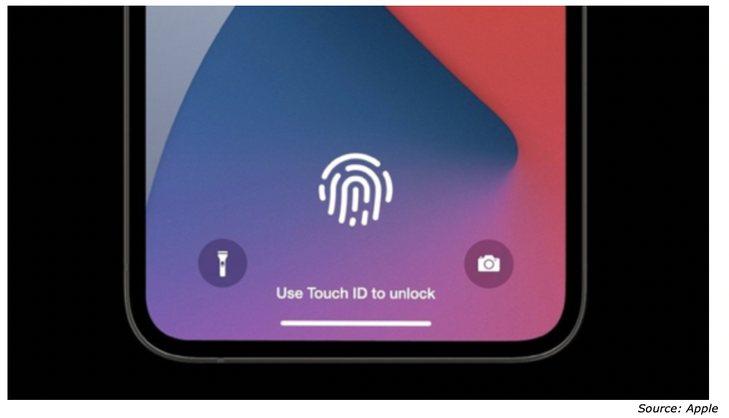 The improved camera technology could include a larger sensor in the iPhone 12 Pro Max extend to other models, along with the Sensor-Shift Stabilization feature for better auto-focus and stabilization across the lineup. There are rumored to be improvements to the Ultra-Wide lenses on the “Pro” iPhone 13 models with lower apertures for better performance in low-light conditions and improved autofocus, but few changes are expected for the Wide lens in the devices. The iPhone 13 models should have more battery capacity than the iPhone 12 models, with Apple swapping to space saving components to allow for room for larger batteries. Ever since the iPhone 8 launched alongside the iPhone X in 2017, Apple’s naming policy has been somewhat convoluted because there was no iPhone 9. After the iPhone X Apple used the XS, XS Max, and XR, and then the iPhone 11, 11 Pro, and 11 Pro Max.
Apple’s iPhone 12 lineup features the iPhone 12 mini, iPhone 12, iPhone 12 Pro, and iPhone 12 Pro Max. Based on past naming conventions, the 2021 iPhone lineup could be iPhone 12s or iPhone 13. 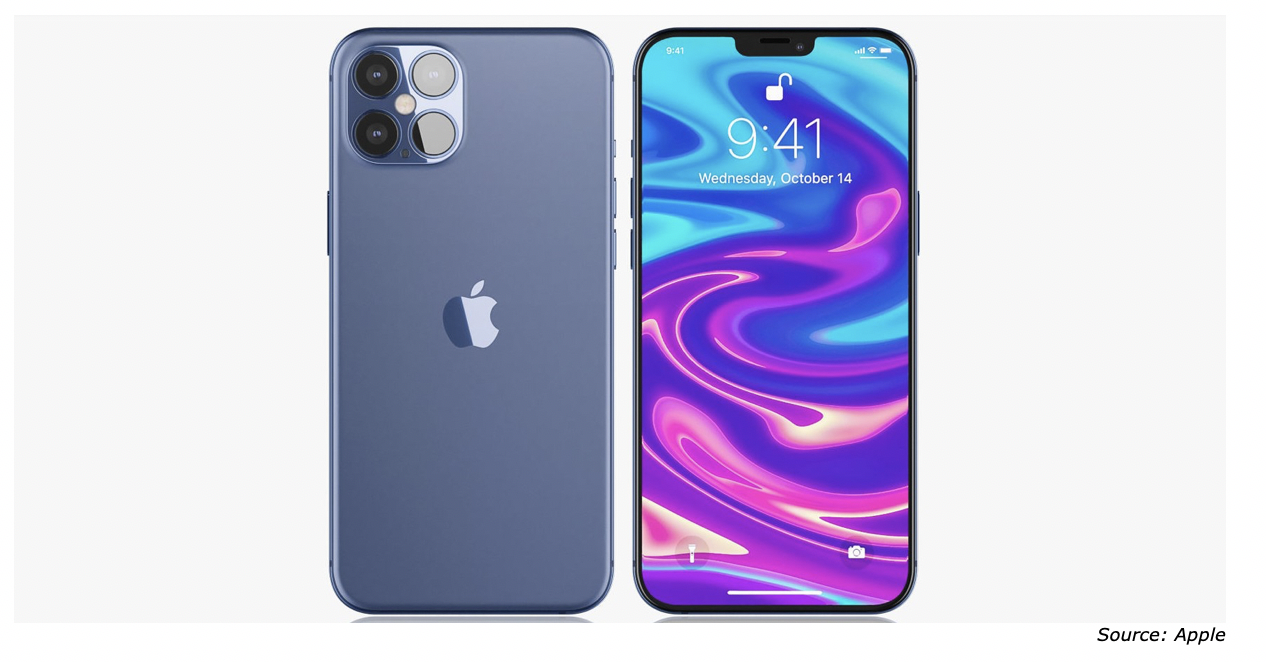 Apple will continue offering four iPhones in 2021, with no changes to the sizes, including a 5.4-inch iPhone mini, a 6.1-inch low-cost iPhone, a 6.1-inch Pro model, and a 6.7-inch Pro Max model. Even with the slow sales, Apple is still planning for an iPhone 13 mini. The 2021 iPhone models are not expected to feature major design changes because the 2020 iPhone models marked a significant technology and design overhaul. According to Bloomberg, Apple engineers consider the 2021 iPhones to be an “S” version of the 2020 models. Apple has in the past used the “S” nomenclature in years where iPhone models featured more minor updates.
According to Japanese site Mac Otakara, the new iPhones will be the same size as the iPhone 12 models, but thickness could increase by approximately 0.26mm. The iPhone 13 models are also expected to be slightly heavier due to larger batteries.
The standard iPhone 13 model with dual-lens camera setup could see the lenses arranged diagonally rather than a vertical design. It’s not quite clear what the benefit would be, as the device will continue to offer the same Wide and Ultra-Wide lenses, but there are some changes in store like sensor-shift optical image stabilization for the Wide lens that could necessitate the shift. The iPhone 13 Pro models will be 0.2mm thicker, perhaps to facilitate a larger battery, and will feature a much larger rear camera unit, according to images of renders. The larger camera unit may be needed to accommodate sensor-shift stabilization and appears to be the same size as the rear camera unit from the iPhone 12 Pro Max.

The iPhone 13 models should feature stronger magnets inside and a different matte finish on the outside with a black color option that will replace space gray, along with a new stainless steel coating that reduces smudges and fingerprints. Apple is also apparently considering an orange, bronze-like color, though that may not happen. It should be noted that these rumors come from a source that does not have a solid track record for accurately predicting Apple’s plans. Japanese site Mac Otakara has said that the TrueDepth camera will be shallower because the receiver at the top of the display is being relocated to the edge of the case. This information originally suggested the notch would be shallower rather than smaller, but later mockups have indicated it will be shrinking in width rather than height.

Apple’s longtime goal has been an iPhone with no external ports or buttons for a clean, streamlined device. There were rumors suggesting that Apple would introduce a portless iPhone in 2021 with no Lightning port. But it doesn’t look like that’s going to happen after all. Bloomberg said that Apple mulled removing the Lightning port on some iPhone models in favor of wireless charging. However, Apple analyst Ming-Chi Kuo recently said that Apple will continue to use a Lightning connector for the 2021 iPhone lineup. A portless iPhone would charge using Qi-based wireless charging and MagSafe accessories. And Kuo does not yet believe the MagSafe market is mature enough to support a portless design. The iPhone 13 and future iPhones are expected to continue to use Lightning ports until MagSafe accessories are ubiquitous enough to allow for a portless iPhone design. Samsung will supply the LTPO OLED displays that will allow Apple to implement the 120Hz refresh rate in the 2021 iPhone models. Samsung will begin producing LTPO OLED displays for Apple in the first half of 2021. Apple will use Y-OCTA display technology, which allows touchscreen circuitry to be patterned on the OLED panel without the need for a separate layer. This results in a thinner display that’s also more affordable. Max Weinbach, a leaker with a mixed track record, claims the iPhone 13 will feature an always-on display that will look like a toned down Lock screen with the clock and battery charge level available. Notifications will be displayed but the screen will not entirely light up. He also says that the iPhone display will feature a 120Hz refresh rate. Apple will use a 5nm+ A15 chip for the 2021 iPhones, with the chip set to be manufactured by TSMC. We haven’t heard specific details about the A15 chip at this point, but new chip designs always bring improvements in speed and efficiency.


Qualcomm in February 2020 debuted a new Snapdragon X60 third-generation 5G modem, which will be used in the 2021 iPhones. Future iPhones will also use the X65 and X70 Qualcomm modem chips. Qualcomm’s Snapdragon X60 is built on a 5-nanometer process, offering higher power efficiency in a smaller footprint than the X55 chip used in iPhone 12 models. It also allows for the aggregation of 5G data from mmWave and sub-6GHz bands simultaneously for improved speeds and coverage. Some 2021 iPhones may feature single 5G band support, working on mmWave or sub-6GHz networks, but not both, allowing Apple to save money in countries where mmWave 5G networks are unavailable. Faster mmWave 5G technology could also expand to additional countries, with Apple’s shipments of mmWave iPhones expected to increase significantly in 2021.
​
Apple in 2021 will allegedly continue to cut iPhone costs to better accommodate the expense of 5G chip technology, adopting a soft battery board design that will drop costs 30 to 40 percent compared to the iPhone 12 board price.
Barclays analysts believe the iPhone 13 models will support WIFI 6E, which offers the features and capabilities of Wi-Fi___33 6 extended into the 6GHz band. WiFi 6 provides higher performance, lower latency, and faster data rates, while the additional spectrum of WiFi 6E offers increased bandwidth over the existing 2.4 and 5GHz WiFi bands. There have been a few sketchy rumors suggesting the iPhone 13 models will feature up to 1TB of storage space, up from the 512GB maximum in the iPhone 12 models. This hasn’t yet been confirmed by a reliable source, so we’ll need to wait to see if this prediction is accurate.