The iPhone 12 series is based on the Apple A14 Bionic processor, a 64-bit SoC that was designed by the company and produced by Taiwan Semi (TSM) using a 5nm process and is essentially the same device as in the iPad Air.  It is a 6 core processor (2 fast and 4 slow) that includes a GPU, a 16 core neural network engine, a new image processor, and a matrix accelerator that is common to AI systems. The A13 the processor was used in the iPhone 11 and iPhone SE. Tim Cook said at the announcement that the A14 performed 50% higher than its competitors. 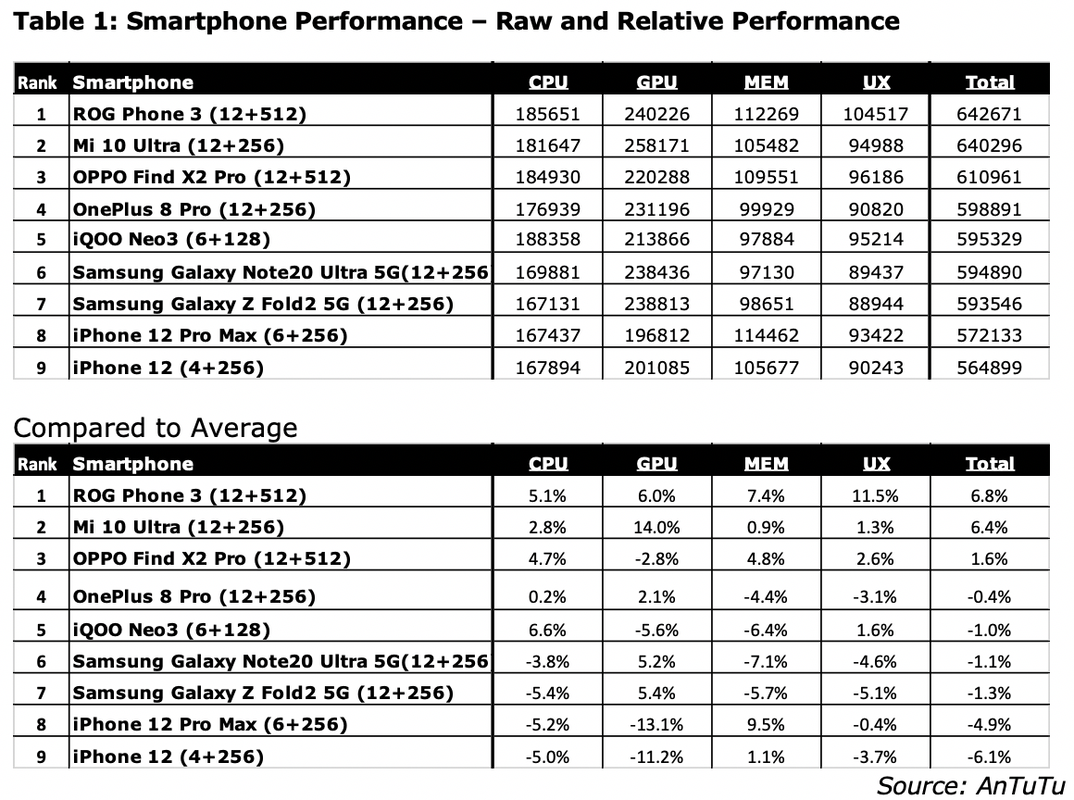