Vertical Divider
ALLOS Scales UP GaN Wafer to Lower Cost and Improve Yield of Micro LED Micro Displays
April 05, 2020
​
To address the wafer size mismatch and to tackle the yield challenge in micro LED production, ALLOS has applied its unique strain-engineering to show outstanding uniformity and reproducibility for 200 mm GaN-on-Si epiwafers. Additionally, the company reports about its success on the roadmap to 300 mm.
For micro LED applications in which wafers from CMOS-lines are integrated with LED epiwafers, e.g. by bonding, large wafer diameters are essential as are high yields. Matching the wafer diameter has an enabling role compared to the smaller diameters current used in GaN-on-sapphire. ALLOS team has used its unique strain-engineering technology to push the wavelength uniformity further and further, showing 200 mm GaN-on-Si LED epiwafers on Veeco’s Propel with STDEV of as little as 0.6 nm in February 2019.  ALLOS has shown reproducibility for this technology with a wavelength uniformity consistently below 1 nm STDEV for 200 mm. “At the same time all other production requirements like bow of < 40 µm and SEMI-standard thickness of 725 µm were achieved. These parameters are very important when bonding CMOS wafers to LED epiwafers,” according to Alexander Loesing, one of the co-founders of ALLOS, “These results are particularly impressive because our technical team is really pushing the boundaries of GaN technology only with very limited time and resources available for this work.” 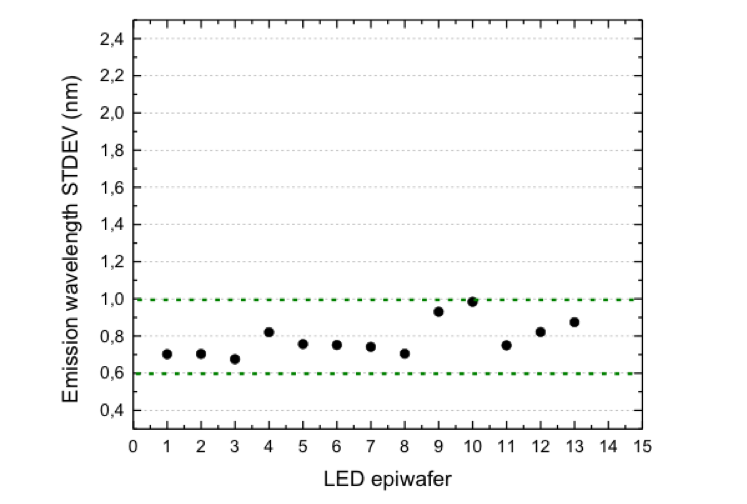 Source: Company
Dr. Atsushi Nishikawa, the CTO of ALLOS said: “Already our predecessor company AZZURRO had been first in the market with commercial 150 mm and later 200 mm GaN-on-Si epiwafer products. Making 300 mm was the next natural challenge. When the first reactor designed for such large wafers, the Veeco ImPulse, became available we proceeded to tackle the challenge.” ALLOS confirmed that its technologies scale successfully to 300 mm on this new reactor. In particular, ALLOS’ unique technologies for strain-engineering and superior crystal quality work on 300 mm as expected. 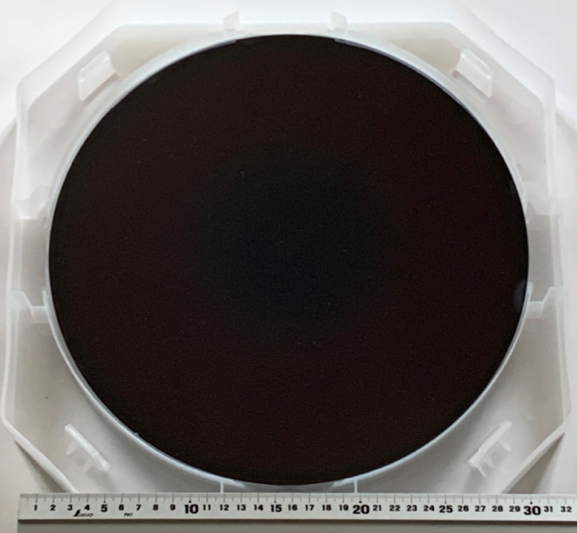 Source: Company
​
Scaling up from 100 mm diameter – the typical wafer dimension for GaN-on-sapphire – has an even bigger business impact for micro LEDs than in other parts of the LED industry. Beside the lower cost per area when using larger diameters, the jump to 200 mm and 300 mm GaN-on-Si for micro LED production, enables the usage of CMOS facilities that have a much lower cost and additionally higher production accuracy than conventional LED lines. A further effect arises because most micro LED manufacturing concepts either include mass transfer technologies that are using large area transfer-stamps or monolithically integrated displays: