Vertical Divider
Musing in Case You Missed it

Apple’s ARM-powered Macs will be able to automatically translate some existing Intel apps thanks to Apple’s Rosetta 2 conversion software: while they looked a little ugly, both Shadow of the Tomb Raider and Dirt: Rally were running that way, as was Autodesk Maya. But for the most part, Apple seems to be asking developers to take its word that ARM will unlock “a whole new level of performance,” without discussing how that performance actually stacks up right now. The company’s press release says very specifically that Apple’s new chips will “give the Mac industry-leading performance per watt,” and that’s a very deliberate turn of phrase. Apple’s arguing that by building the most efficient kind of chips it can — “the highest performance with the lowest power consumption” — it can achieve more raw performance by tipping the scales of that performance-per-watt formula toward more watts.

Apple isn’t publicly planning to get rid of Intel anytime soon. Not only is Apple planning to release several additional Intel-based Macs in the future, but the company “will continue to support and release new versions of macOS for Intel-based Macs for years to come.” For a company that prides itself on the “courage” too often make a clean break with the past, it’s a little unusual. 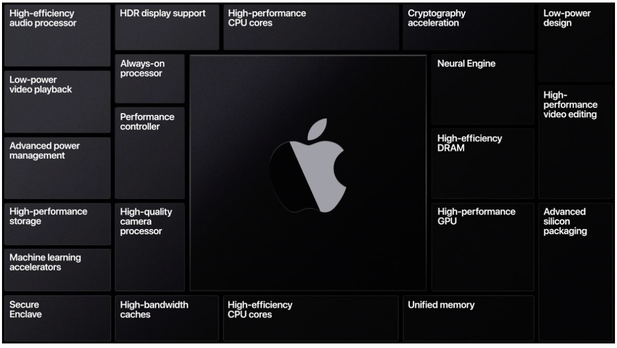 Apple is promising its ARM-based Macs will be able to run more kinds of apps than before, thanks to both native iOS app support and hardware-accelerated machine learning chops built into the silicon. They’ll be able to “keep cached cloud content fresh for days” even when your Mac is asleep, and Apple says using your iPad as a secondary monitor for your Mac will get better thanks to the image processing that Apple’s already built into its ARM chips. Though Apple didn’t provide any metrics, the company suggests ARM will provide more battery life, too. In the best-case scenario for a core Apple user who can’t consider going back to Windows:


Nothing is clear at all. Yet, Apple said: we’re dropping Intel and making the best ever Macs with our own chips. Also, by the way, we still have some new Intel-powered Macs in the pipeline! And “we’re really excited” about them! From: DGiT
​