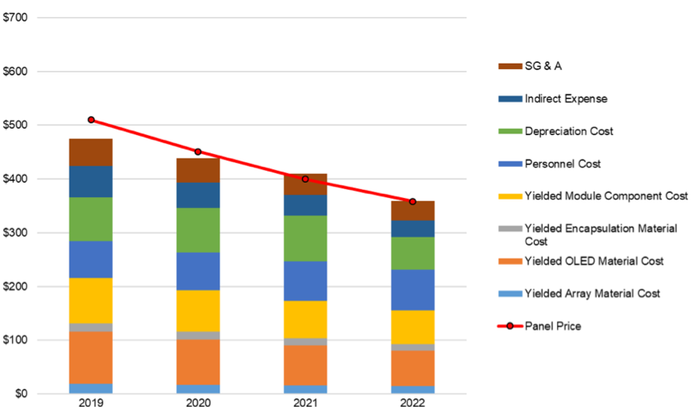 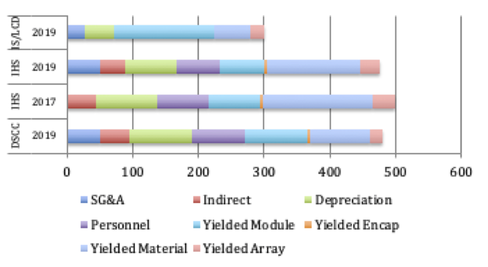 Source: DSCC, IHS, OLED-A
​The IHS cost forecast was for 2017 but did not have all the cost elements that DSCC carried so it was adjusted.

In contrast to the profitability of the 55” panel, DSCC expects the 65” panel built on LGD’s new Gen 8.5 fab to be very profitable, even as the Gen 10.5 LCD fabs reach volume production and costs of ~$385 in 2019, which as the next figure shows is ~1/2 the cost of the comparable OLED. Even with the severe cost down projected by DSCC, the OLED 65” panel never gets to the LCD cost.  There are some mitigating factors that cost help LGD’s panel be more competitive, including adding to additional ~49” displays to the substrate using MMG, which would cut into the depreciation allocation to the 65” displays and the extra cost of the QD film (~$40) to upgrade the LCD panel.
Figure 3: DSCC’s Project of 65” OLED UHD Panel Costs (China) 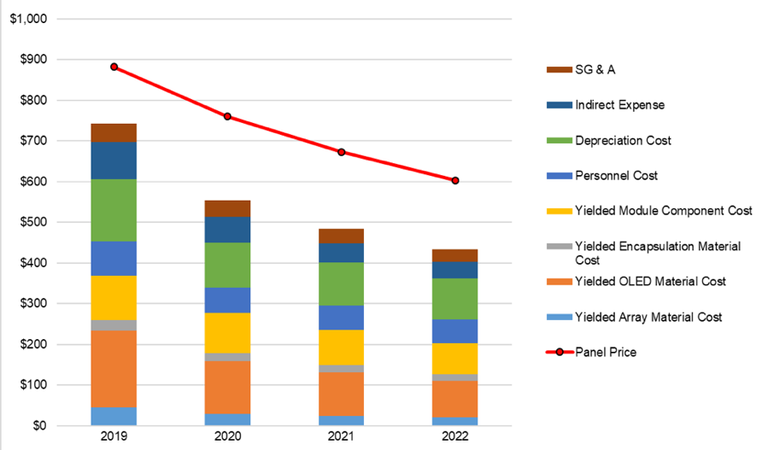