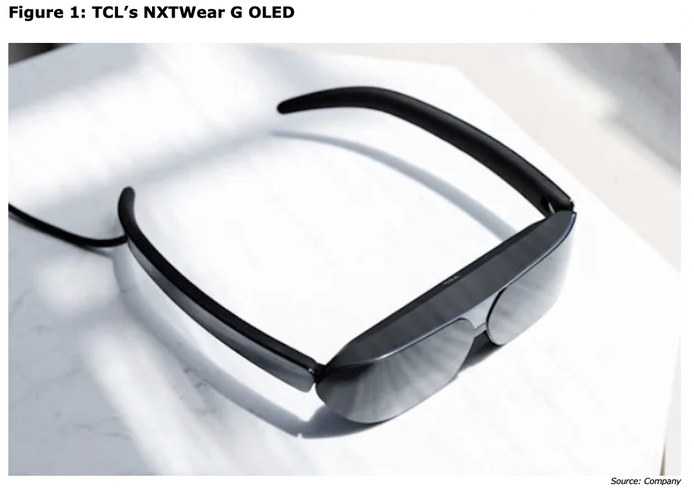 ​Weighing 100g on its own or 130g when tethered to a PC, the OLED smart glasses can be powered by a phone or tablet and connects to devices using a USB-C cable. The display can be used with over 800 compatible devices from manufacturers such as Samsung, Huawei and OnePlus and supports Windows, Chromebook and Apple laptops and iPad Pro tablets. The smart glasses come with nose pads in three different sizes, a lens adapter and when connected to a smart phone provides a desktop style view through the glasses transforming the phone into a trackpad style navigation system. There was no information on pricing from TCL