Vertical Divider
But flexible displays present unique problems for touch as touch sensors technically cannot be placed on a plastic substrate.  In order to overcome this constraint, Samsung Display and LG Display developed an additional layer called a base film that is attached to the stack using an adhesive, the touch sensor module is placed over the base film, and another layer of adhesive is used to attach the cover glass.  This results in a stack that has 10 layers, with the additional layers representing more expense and longer processing times for this type of flexible display.

Samsung developed newer iterations with the most current being Y-OCTA, which allows the touch sensor module to be placed directly on the thin-film encapsulation layer, cutting the total number of layers back to 8.  Not only does this concept reduce material costs and process time, but it is thinner and by keeping the polarizer closer to the cover glass, reduces the distortion that occurs as the display curves around the edges. Samsung Mobile has lobbied to keep Y-OCTA, proprietary to Samsung phones, but recently, SEC decided to allow Samsung Display to offer the technology to other phone makers as SDC is facing new competition.  It is likely that new OLED technology will be initially released on Samsung phones, but after a short digestion period, it will be offered into the broader market.

By offering this proprietary touch technology to Apple, Samsung Display pulls further ahead of the competitive ‘pack’, especially given their experience in producing such displays, and while Apple will likely try out the technology on one of the next iPhone iterations, Samsung Display will have a lock on that model.  Perhaps LG Display, BOE, or other small panel OLED producers could grab some share of the other potential OLED iPhone model, but meeting Apple’s demanding display specifications is difficult, and if Samsung Display is successful in implementing Y-OCTA technology in the next iPhone, it will add another barrier to the encroachment of other small panel OLED supplier on SDC’s domain. 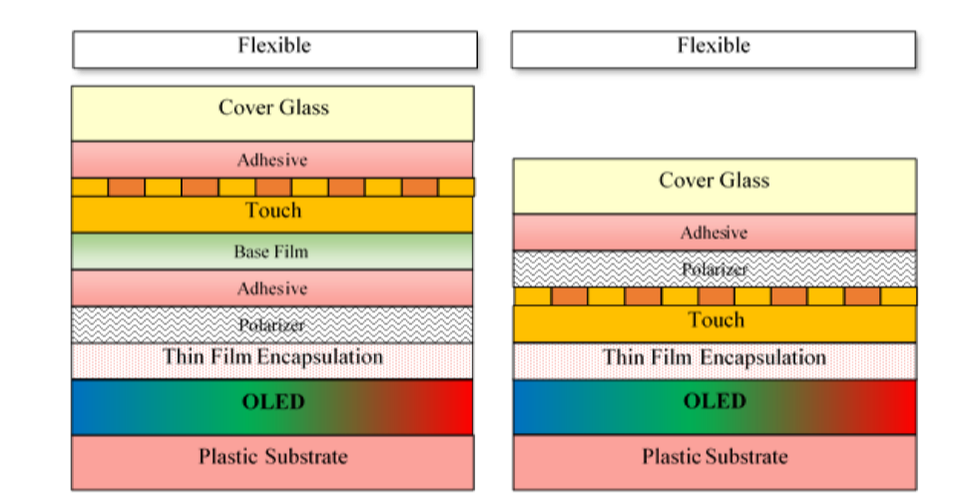