Huawei has been the leader in China’s smartphone market for years, but in January’21, OPPO passed the company curbed by US restrictions with a promise of more changes to come. Counterpoint Research’s Market Pulse Service puts OPPO’s market share at 21% in January followed by vivo at  20% and Huawei, Apple and Xiaomi at 16%. OPPOs sales grew 33% sequentially and 26% Y/Y.

OPPO has been successfully able to reposition its product lines in 2020 with the rebranding of the Reno series and the launching of a more capable device at a lower price point helped OPPO capture the affordable premium segment. The strong momentum of the A series in the mid segment strengthened the product portfolio for OPPO and it was able to cater to the 5G demand in China across a wide price band. This was further helped by the decline of Huawei.”

Huawei along with HONOR has been constantly losing its share in the Chinese market due to component shortages following US restrictions, and fewer new launches. Its inventory for key components has been depleting and it will not be able to source 5G smartphone components. Over 65% of devices sold in China in Q4 2020 were 5G capable. Any absence of 5G models reduces the addressable market size for Huawei in China while the absence of Google services does the same for 4G devices. Huawei shifted its focus towards the premium segment, only selling products with higher margins, further widening the gap in the mid segment of the market. Due to insufficient supplies, the distributors in China are also scaling down their Huawei operations and shifting to other brands. OPPO’s growth was in part also driven by Huawei’s decline, a trend that also benefitted Xiaomi and vivo. Xiaomi is benefiting the most from the decline in Huawei’s online share, while OPPO and vivo have been capturing the offline segment. At its peak, Huawei had more than 10,000 retail and experience stores across China. This number has been decreasing since Q4 2020. Huawei spun off HONOR as a separate brand, which further reduces Huawei’s market share in China. Huawei’s share is expected to continue in 2021, with other OEMs gaining share from the gap created by its decline.

OPPO’s new Reno 5 series (Reno 5, Reno 5 Pro and Reno 5 Pro +) has been the best-performing Reno series since its rebranding by OPPO. Compared to the , the Reno 5 comes with a better camera, screen, chipset, charging standards and 5G capability, to name a few. The launch price of Reno 5 in China was 10% lower than that for Reno 4. The price reduction and a higher specification device as compared to the previous series were able to cater to the gap left by Huawei in the mid segment as well. The move also explains OPPO’s strategy to capture the  segment in China through its 5G portfolio. 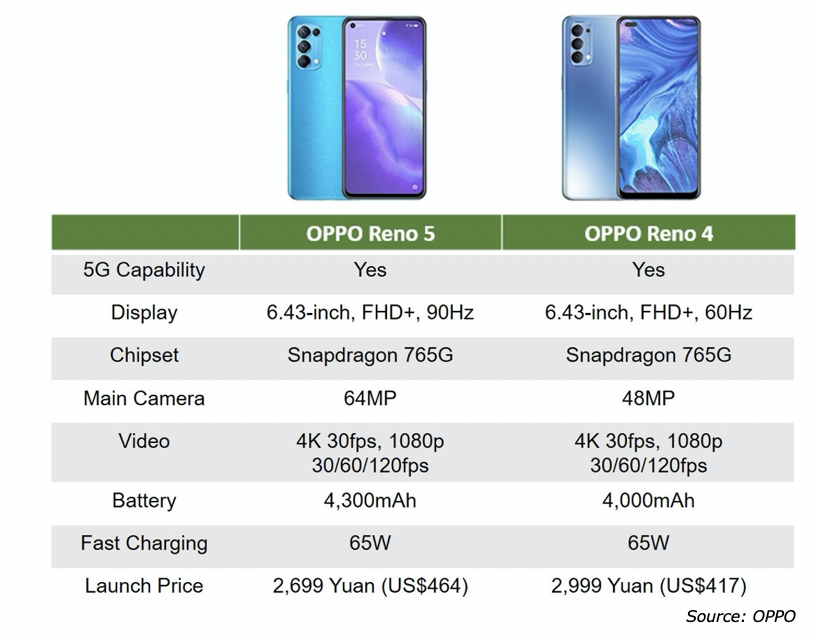 Driven by the combination of the A-series and Reno series, OPPO emerged as the largest 5G smartphone brand in China in the sub-$600 price segment.
In 2021, OPPO will focus on expanding its market share not only in China but also in the high-end Western European market. In emerging markets like LATAM and APAC, it will continue to focus on low- to mid-end products. It has also showcased new form factors like rollable displays, which for now seem to have a lot of potential. OPPO could include this in its flagship lines in future. 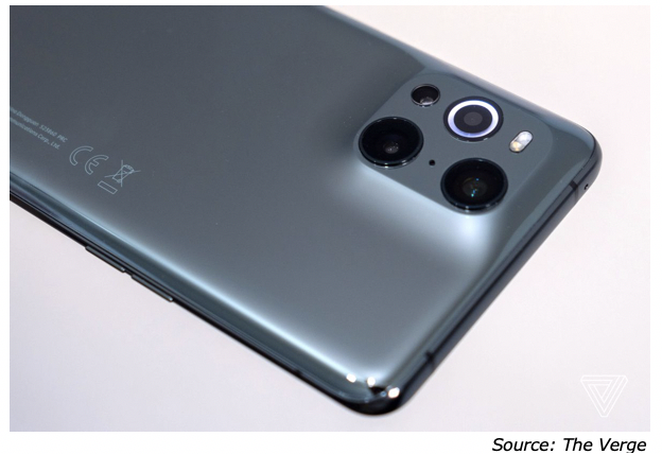 After a drawn-out series of leaks and teases, OPPO has announced its 2021 flagship in full. The Find X3 Pro is a sleek, powerful phone with an unusual design and some unique features to match. The Find X3 Pro’s most arresting visual element is its camera bump, which almost looks organic in the way it seamlessly rises from the same piece of glass as the rest of the phone’s back panel. Combined with the finish, which is shiny and glossy, the phone looks sort of like it was forged out of Terminator 2-style liquid metal. 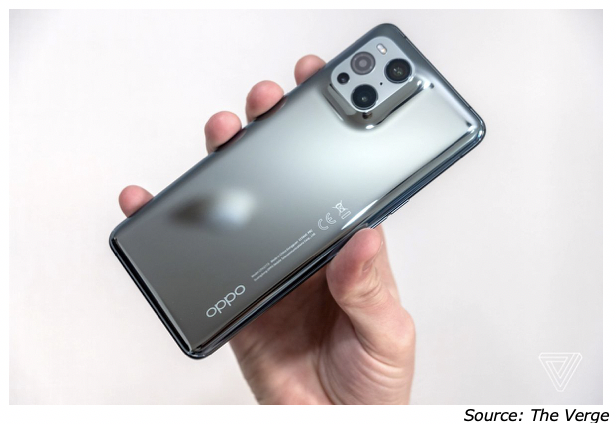 The camera system is no less unusual. There’s a primary camera and an ultrawide that both use 50-megapixel 1/1.56-inch Sony IMX766 sensors, meaning the image quality should be comparable across both. There’s also a 3-megapixel microlens, which shouldn’t be mistaken for the useless macro cameras found in some phones today. OPPO claims up to 60x magnification, and it’s more like a microscope than a macro lens — capable of taking pictures of things like subpixel layouts on screens, and there’s even a ring light to illuminate the subject. 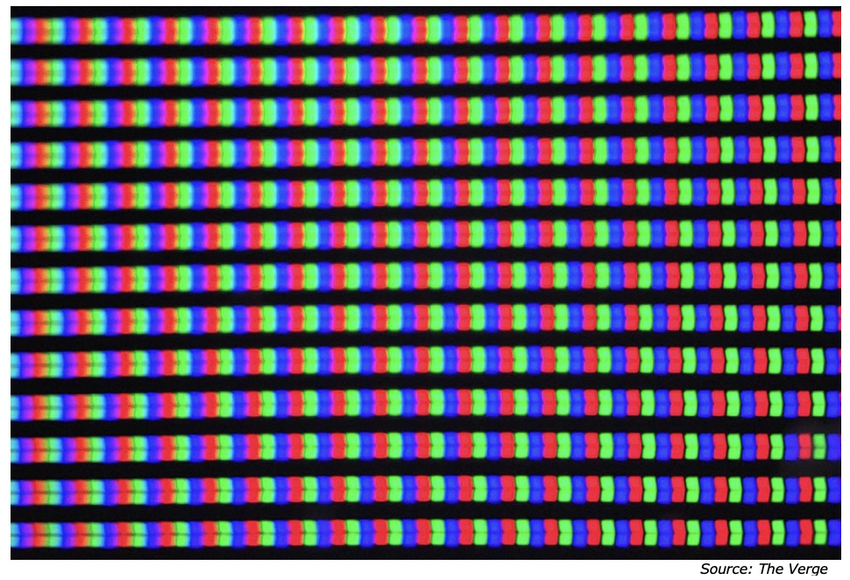 Notice that the whole shot isn’t quite in focus, and that’s because depth of field is extremely shallow when shooting this close (within millimeters).
One notable omission is a periscope zoom lens, even though OPPO did more than anyone to popularize the technology. There is a telephoto lens here, but it’s just a 13-megapixel sensor with 2x optical zoom over the primary camera. That’s not necessarily a downgrade, since it could improve image quality at mid-range shooting distances, but it does mean the Find X3 Pro won’t have anywhere near as much zoom reach as its 5x-telephoto-equipped predecessor. 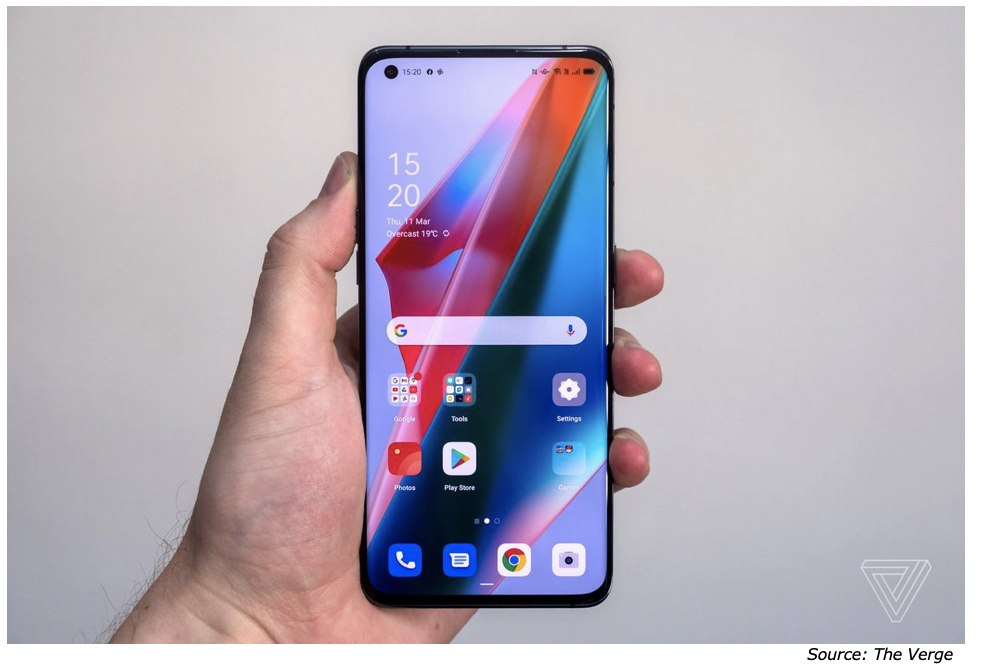 ​The Find X3 Pro’s display is another key feature; it’s a 3216 x 1440 LTPO OLED panel with a peak brightness of 1,300 nits and a refresh rate of up to 120Hz. Oppo is making a big deal out of the fact that it’s a 10-bit panel and that it’s integrated full-path color management into ColorOS; this means photos and videos captured with the cameras can be displayed with more than a billion colors, as opposed to the 16.7 million colors on conventional smartphone screens. The Find X3 Pro has typically flagship-tier internals: a Snapdragon 888 processor, 12GB of RAM, and 256GB of storage. The 4,500mAh battery can be fast-charged at up to 65W, and Oppo has finally embraced wireless charging on a flagship with a 30W system that can fully charge the phone in 80 minutes. The lack of wireless charging was my biggest knock against the Find X2 Pro, so Oppo’s off to a good start here.