Vertical Divider
​Lenovo to Propel Past its Laggard Smartphone Position
May 10, 2020

​Lenovo’s self-branded smartphones may not be nearly as popular as the company’s Motorola-branded devices, but the brand still has fans in Asian countries like India and China. In an effort to capitalize on the company’s existing popularity with gamers, Lenovo is preparing to launch its first-ever Android gaming smartphone under its Legion Gaming brand. The Lenovo Legion gaming phone has been on our radar for over 4 months now, but we’re now ready to share all of the details we’ve uncovered about the device. Thanks to a trusted source, we have obtained multiple unreleased teaser videos that showcase the likely design of the upcoming Legion gaming phone, and we also have a detailed set of specifications to go along with these teasers. In late December of 2019, Lenovo created a new account called “Legion Gaming Phone” on Chinese social media platform Weibo. Over a month and a half later, Lenovo officially teased the first smartphone under its Legion gaming brand. The company uploaded a poster announcing that this upcoming smartphone will be powered by the Snapdragon 865, Qualcomm’s highest-end SoC for mobile devices. Next, on March 3rd, Chen Jin, General Manager of Lenovo China Mobile, teased that the Legion gaming smartphone will feature a “disruptive new architecture” in order to solve two pain points faced by mobile gamers: different surface temperatures on the left and right sides and reduced charging speeds when gaming. The teasers slowed down for a few weeks as much of the world went into lockdown due to COVID-19. Early last month, Lenovo ramped up its marketing for the device by uploading a poster that teases 90W fast wired charging on the Legion gaming phone. There was a lot of skepticism initially about whether the Legion phone actually charges at 90W, but Lenovo has since clarified that they aren’t playing a numbers game here. Furthermore, Lenovo’s 90W fast charging system will be “standard for all systems,” according to the company on Weibo, hinting that there will be more than one first-generation Legion smartphone model. More recently, Lenovo shared a render suggesting the Legion gaming phone has a notch-less display, and they also uploaded a video revealing that there will be a second USB Type-C port on the side so users can charge the phone while they hold the device horizontally. 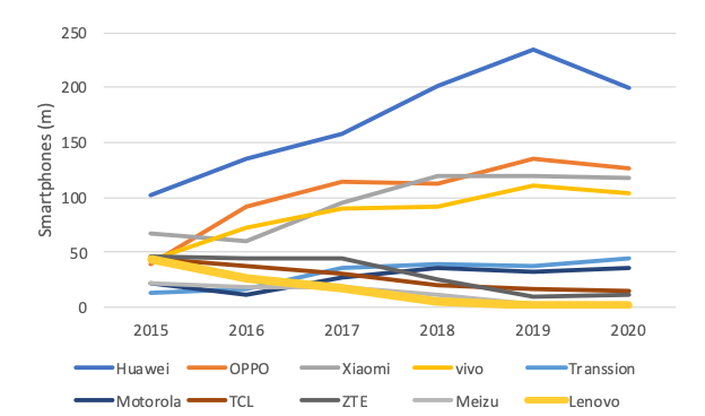 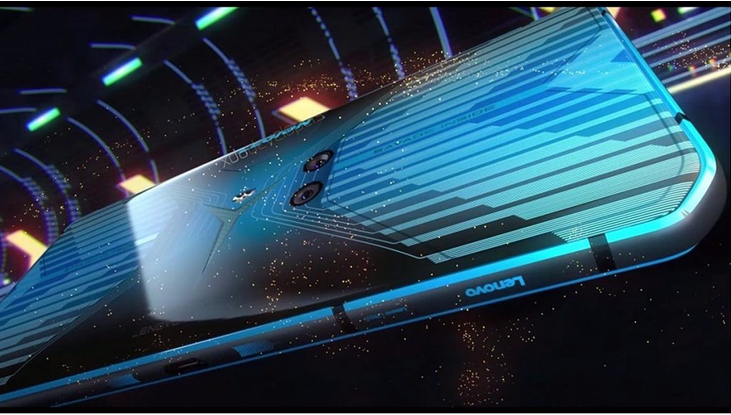 Source: Company
The screenshot is from a promotional video teasing the phone’s ultra-fast 90W wired charging. The floating light particles are from when a race car dissipates, revealing the Lenovo Legion as the “engine.” The streams of light following the phone in the second image end up entering the two USB Type-C charging ports: one on the bottom and another on the side. The caption “90W dual Type-C fast charge, 30 minutes to 100%” can be read at this time, confirming the phone will support this staggeringly fast charging speed. In a separate video, Lenovo reveals that the Legion gaming phone has a 5000mAh dual-cell battery design, which is what makes this ultra-fast charging speed possible. However, it isn’t clear from these videos whether or not you’ll reach the fastest 90W charging speed only when charging from the bottom USB-C port. On the bottom of the device, you’ll find the SIM card tray alongside the primary USB-C charging and data port. On the top, there’s a microphone hole. There was no 3.5mm headphone jack anywhere on this device, The Y-shape area underneath the LED flash in the middle on the rear likely lights up for that “gamer aesthetic” that this phone is oozing. The dual rear cameras are located near the center of the device; the cameras are placed considerably lower on the body of the Lenovo Legion than they are on other smartphones, but this could be to retain the symmetrical appearance of the back cover. Speaking of which, the back cover looks like a smooth metal with a 3D texture, possibly either polycarbonate or aluminum. Near the middle-left (middle-top when viewing the phone horizontally), there’s the “LEGION” logo on top of a compartment that seemingly pops-up—but more on that later. The “LEGION” logo matches Lenovo’s official Legion Gaming logo, and the “Stylish Outside” and “Savage Inside” texts are part of Legion Gaming’s slogan.