The largest single Micro LED display in the world has been installed and is now in use at a command and control center in China. The 216 sqm screen from Leyard was installed at the CHN Energy Investment company on 31 December and began operations on 1 January. Describing the P0.9 Micro LED display in a press release, Leyard said: “The whole screen has more than seven 8K resolutions, which is close to 250 million pixels.” Leyard also supplied two P0.7 Micro LED displays screens in conference rooms as part of the project, bringing the total area of Micro LED supplied up to 227 sqm. The Micro LED installation forms part of the CHN Energy Production, Operation and Collaborative Dispatching Information System, otherwise known as the Cornerstone Project. It was inspected on the day of delivery by Hao Peng, chairman and party committee secretary of China’s State-owned Assets Supervision and Administration Commission. Peng listened to reports on the project and made a video connection with grassroots workers through the Micro LED screen, extending new year’s wishes. 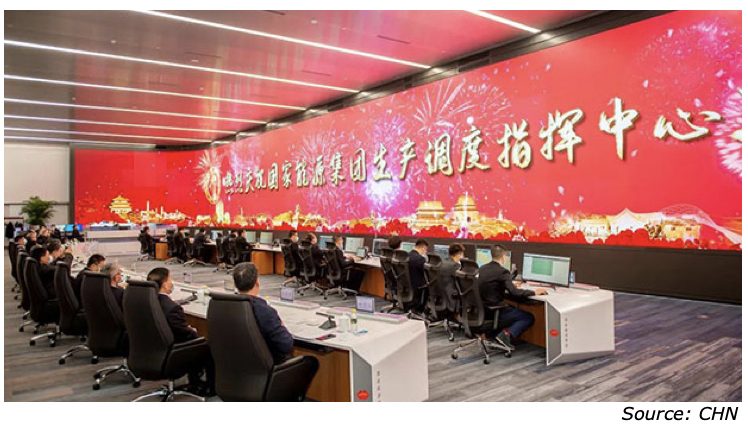