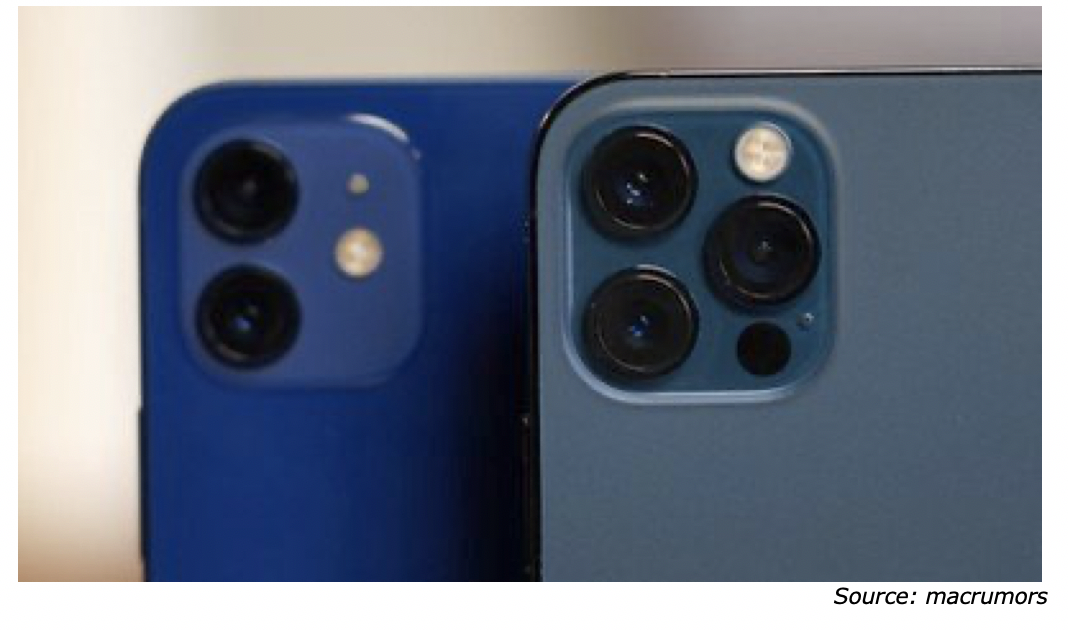 Apple introduced the 5.4-inch ‌iPhone‌ mini in the ‌iPhone 12‌ lineup and plans to continue to sell a 5.4-inch device in 2021, but it looks like the size will be discontinued after that. The iPhone 12 mini has not been selling as well as expected, according to multiple iPhone sales estimates. Along with streamlining size options, Kuo forecasts camera upgrades in the 2022 iPhones, adding a 48-megapixel camera in the high-end ‌iPhone‌ 14 models. Kuo says that the upgraded camera lens will take ‌iPhone‌ camera photography "to a new level."
​
-- In terms of pixel size, the ‌iPhone 12‌, iPhone 13, and new 2H22 ‌iPhone‌ are about 1.7um, 2um, and 1.25um, respectively. We believe that the new 2H22 ‌iPhone‌ may support direct 48MP output and 12MP (four cells merge output mode) output simultaneously. With 12MP output, the CIS pixel size of the new 2H22 ‌iPhone‌ increases to about 2.5um, which is significantly larger than the ‌iPhone 12‌ and ‌iPhone 13‌, and larger than existing Android phones, and close to the DSC level. We believe that the camera quality of the new 2H22 ‌iPhone‌ will elevate mobile phone camera photography to a new level.

Along with a 48-megapixel lens that will also be able to output in 12-megapixels, expect high-end iPhones to be capable of recording 8K video, and in the future, watching iPhone-recorded videos on an 8K display or TV will "offer a better user experience." Because the best resolution for augmented and mixed reality is 8K to 16K, Kuo says that the 48-megapixel camera in the 2022 ‌iPhone‌ will create videos and images "more suitable for AR/MR devices" and that will "enhance the AR/MR user experience." As for future iPhones, Kuo says that Apple will adopt a periscope telephoto lens in 2023, along with under-display Face ID, which would presumably see the elimination of the notch. Kuo previously said that Apple would introduce a hole-punch front camera in the 2022 iPhone and that at least one ‌iPhone‌ in 2023 would feature under-display Touch ID and a full-screen display with no notch or holes.