​Leaked photos of the 2021 Mercedes-Benz S-Class indicate the automaker is moving toward a more digital-centric interior.  Mercedes-Benz revealed its second-generation MBUX infotainment system, and it is loaded with new technology, including touchscreens, augmented reality heads-up display and improved voice and facial recognition. Gone are many of the physical switches found in the older version of the S-Class. Mercedes said it removed 27 mechanical switches for the 2021 model. Mercedes is linking technology with luxury. And while the entire interior of the new S-Class has yet to be revealed, it appears the company is transitioning away from a rather crowded dash and center console area that in previous models included every kind of analog button and switch, as well as newer digital displays.
Mercedes Benz announced that its upcoming 2021 S -Class cars will include up to five touch displays, and one of these will be a 12.8" OLED display with haptic feedback. The OLED display will come standard in all the cars in the series. 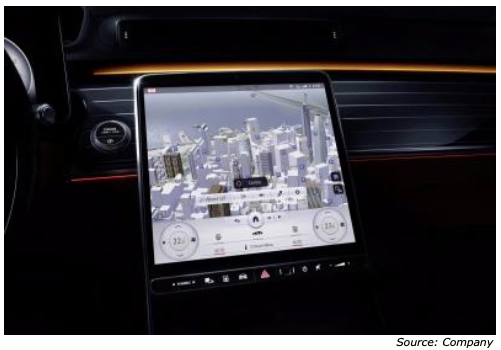 Mercedes is likely to be using LG Display's OLEDs, as the two companies have been working together since around 2016. In 2018 Mercedes started to offer optional OLED taillights in some of its cars. The supplier of these OLEDs is LG Display. 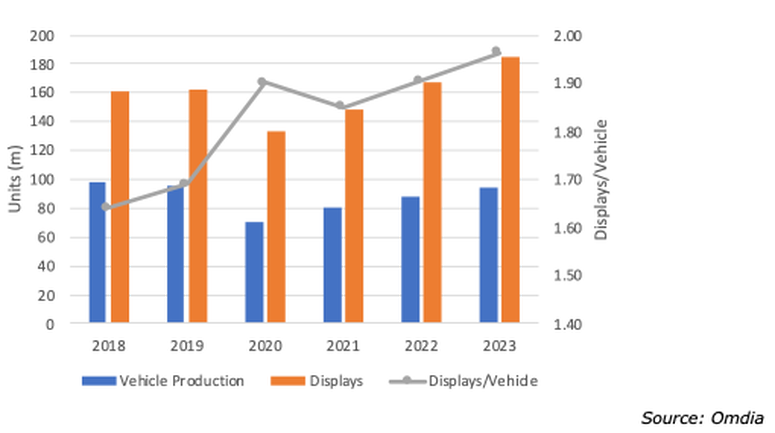 ​When Audi briefed Ars on its newest electric car, the part that most piqued our interest was the news that the Q4 e-tron Sportback will feature an augmented reality heads-up display. As we explained in that article, Audi didn't feel like elaborating much on the new technology. Perhaps it wishes it had, as it's going to be beaten to the punch by its deadly rival Mercedes-Benz. When the 2021 S-Class debuts in September, the brand's flagship sedan will offer an AR HUD, among other tech upgrades. The automaker has even been forthcoming with some technical info on this latest driver assist. It uses a digital mirror device from Texas Instruments—perhaps no surprise given that TI has been developing automotive AR tech for a while now. The DMD has a resolution of 1.3 megapixels (or megamirrors, to be strictly accurate) and projects onto a 10˚ horizontal, 5˚ vertical aperture HUD, with the image appearing 33 feet (10m) away. (Mercedes-Benz says it's the equivalent of a 77-inch monitor.) Mercedes-Benz hasn't shared any still images of the AR HUD in action, and there were only a few seconds of video in the b-roll that the company provided. But the automaker did helpfully tweet out a longer video this morning, which we've embedded below, as it really is the best way to see how the system works