​The  American Customer Satisfaction Index (ACSI®) Household Appliance and Electronics Report 2019-2020.reports that customer satisfaction with personal computers – including desktops, laptops, and tablets) – is steady at 78 (out of 100),
Desktop computer users remain more satisfied (with an ACSI score of 80) than both laptop and tablet users, despite slipping 1% year over year. Satisfaction with laptops is the lowest at 77, while tablets fall in between with a score of 78. In the personal computer industry, Apple holds the top spot with an ACSI score of 82. But its lead shrinks  over Samsung after a 1% Y/Y decline. Samsung comes in second place with a steady mark of 81.  Three PC makers fall just below the industry average with scores of 77: ASUS (up 1%), HP (down 1%), and Dell (unchanged). Close by, Lenovo and the group of smaller PC makers both move up 3% to 76.
Toshiba, which has exited the market, sits at the bottom of the industry, down 3% to 75. Along with Apple, Samsung now leads all tablet manufacturers in customer satisfaction. Acer inched up 1% to tie Amazon (down 1%) for third place at 78. The ACSI Appliance and Electronics Report 2019-2020 on personal computers, computer software, major household appliances, and televisions and Blu-ray/DVD players is based on interviews with 14,698 customers, chosen at random and contacted via email between July 1, 2019, and June 14, 2020. 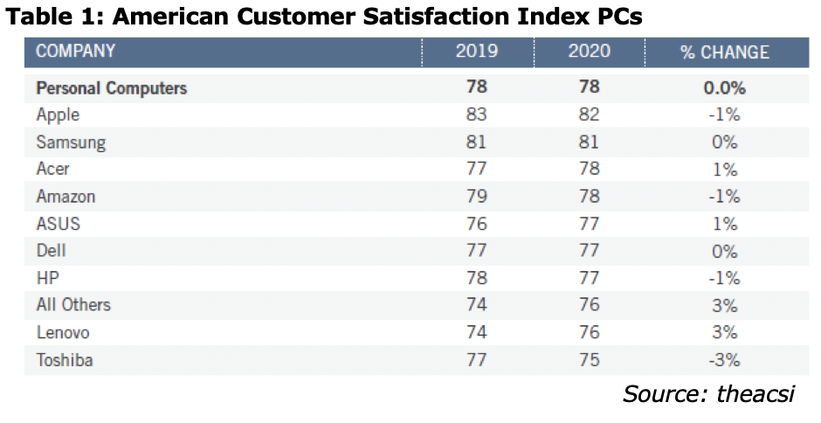 ​The blend of PC, tablets and laptops in the ACSI rankings introduces vendors into the mix that typically aren't in PC and laptop space. Amazon doesn't make PCs but has ticked down in ACSI due to tablets. 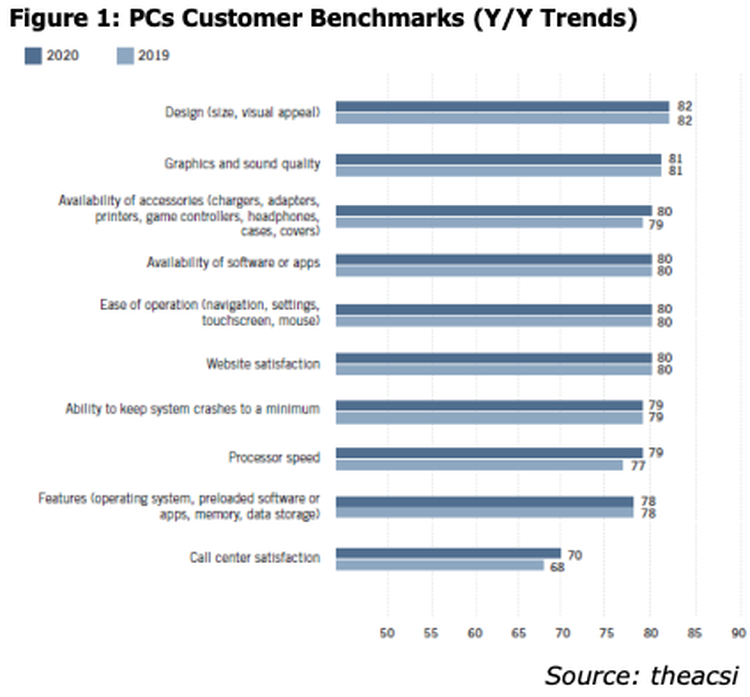 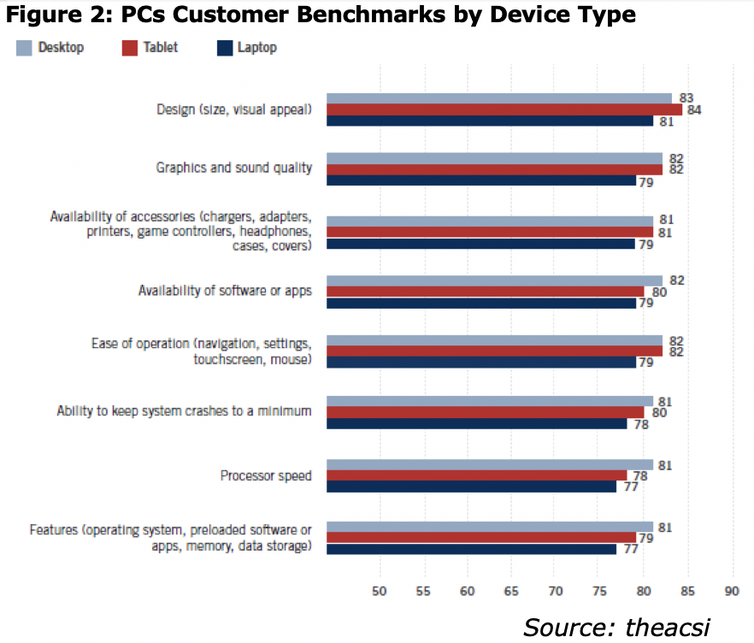 ​Between 2016 and 2019, desktop, tablet and laptop shipments were flat, but in 2020, laptops are gaining as the other two categories fall.

Customer satisfaction with televisions and Blu-ray/DVD players faltered for the fourth consecutive year, retreating 2.4% to an ACSI score of 80. TVs still rate among the top 10 industries tracked by the ACSI, yet satisfaction sits below the historic average of 83. Since hitting a high point of 87 in 2016, TVs have suffered a net loss of 8% in customer satisfaction. However, with prices coming down on large-screen models, and several new brands arriving in the U.S. market in 2020, the industry could reverse the trend. 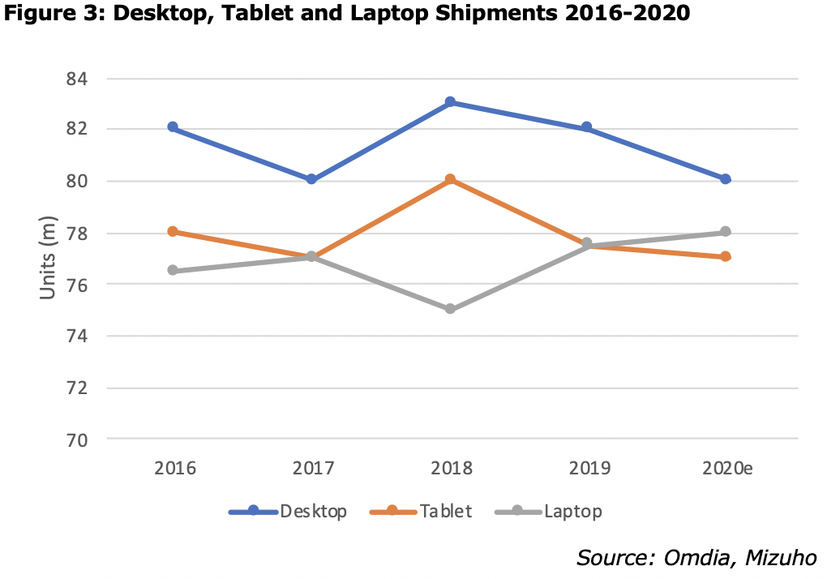 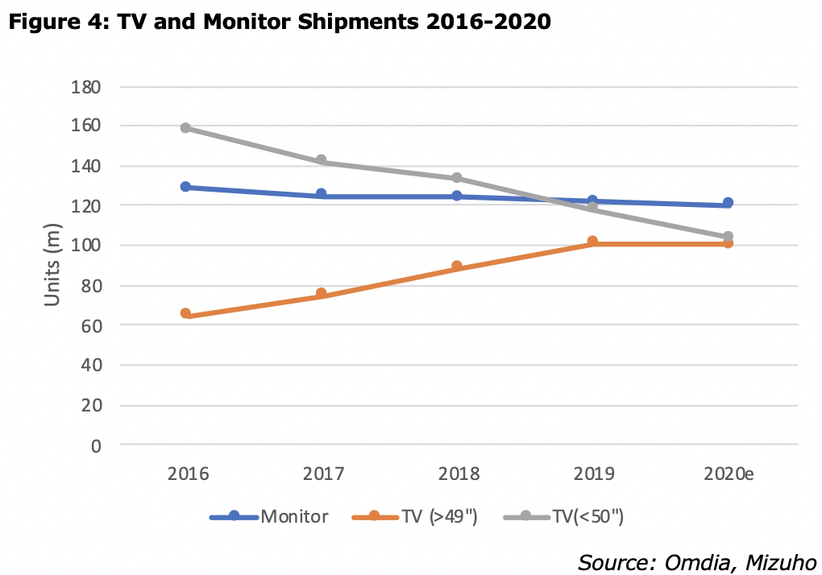