An examination of large panel display shipments since 2013, shows the largest change large panel shipments was in 2018, when the industry saw a 7.1% increase.  In 2020 the growth was  14.5% Y/Y with only TV panel unit volume declining y/y.  The table below breaks down each segment in 2020.

The tables show that other than TV panels, each category grew substantially, however a portion of that growth would have to be attributed to what would be ‘normal’ yearly growth for each category, however if we compare shipments in 2015 to shipments in 2019 we can see the inherent growth rates are not always positive. 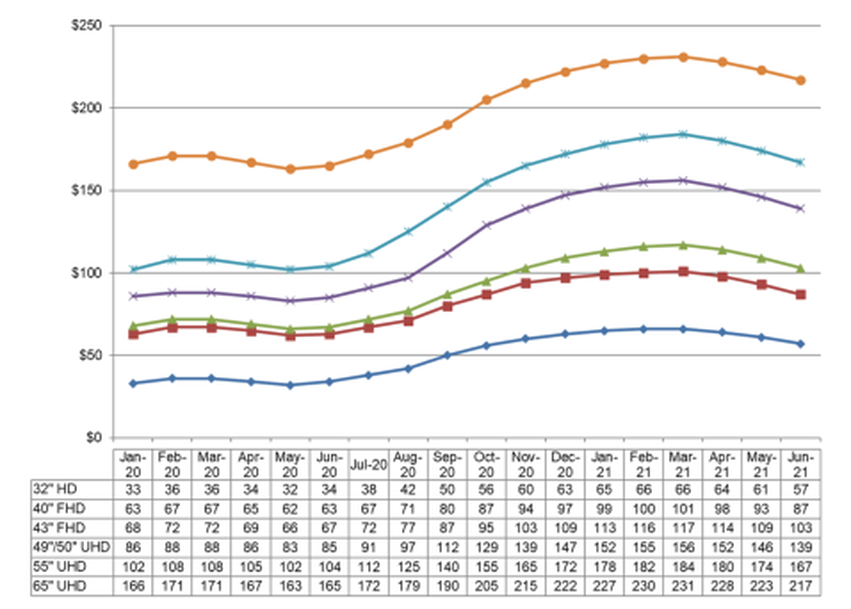