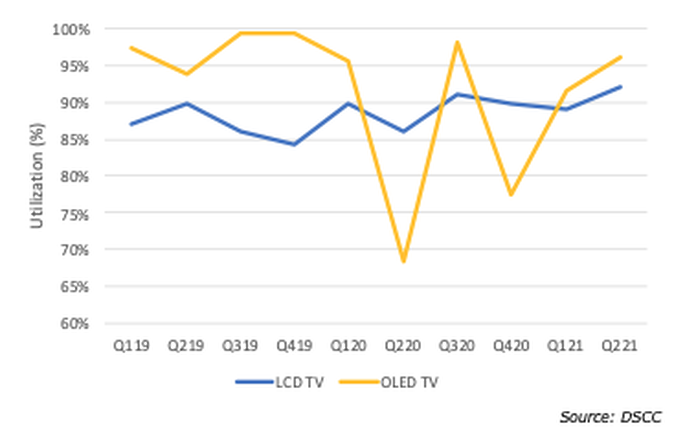 ​The increase is a response to the opportunity to generate additional profits by taking advantage of price increases in large area LCDs. OLED  TV utilization operates in a much different magnitude, since capacity is limited LGD’s 2 facilities in Paju and Guangzhou. LGD kept utilization at the 95% level when it only operated the Paju  Gen 8.5, but utilization varied markedly as they brought up the China facility. In Q221, LGD is back to 95% utilization and that level should continue throughout 2021. The ability to operate at 95% utilization, which means no downtime, is indicative of an undersupply situation. 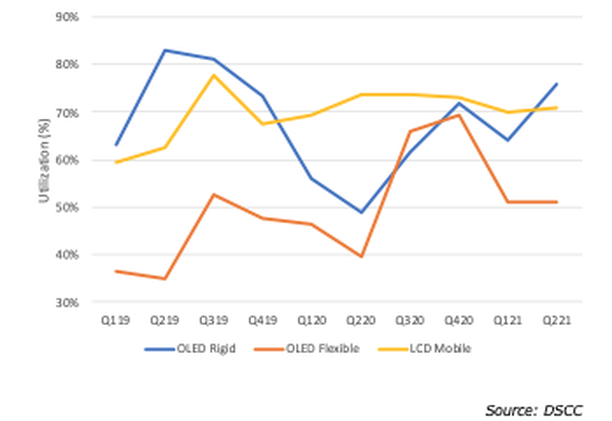