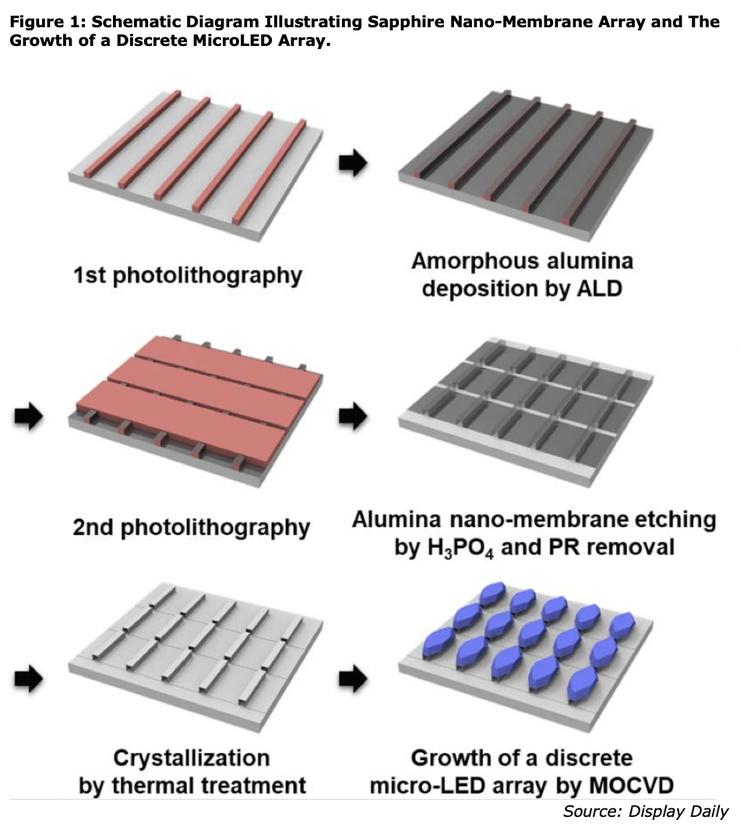 However, the volume production of high-resolution micro-LED display devices currently faces many challenges. Among them, how to quickly and accurately transfer and integrate millions of micro-LED chips onto the drive circuit is a major hurdle to be overcome. Although a variety of transfer technologies for micro-LEDs have been proposed, there is still ample room for improvement in their transfer speed and placement accuracy. In addition, most of these transfer technologies are focused on the optimization of the chip transfer technology itself, but less attention is paid to their compatibility with subsequent bonding processes.  The joint teams have exploited the merits of both laser lift-off and tape transfer to fabricate wafer-level thin-film micro-LEDs. The novel TALT technique for fabricating thin-film micro-LEDs transferred to a temporary adhesive substrate is shown in next figure. An adhesive tape is laminated onto the micro-LED arrays on a sapphire substrate [next figure (a)]. The sapphire substrate is then taken off by laser lift-off (LLO). As a result, wafer-scale micro-LED arrays are then released to the first adhesive tape [Figure 1 (b)]. Before flip-chip bonding to a driver board, micro-LEDs must be turned upside down. This is achieved by attaching another tape with stronger adhesion to the full LED arrays on the first tape [next figure (c)]. Because of the stronger adhesion, micro-LEDs can be released to the second tape. This is achieved by simply peeling away the first tape [next figure (d)]. Now, transferrable thin-film micro-LEDs, which are particularly suited to flip-chip bonding, are ready [next figure (e)]. 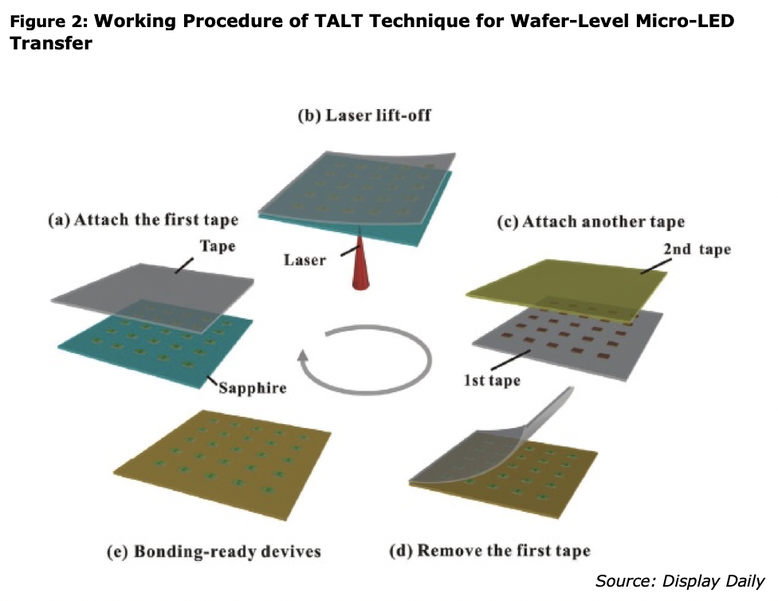 ​The resulting wafer-level micro-LED thin film is shown in the next figure. The results in next figure (a) and (b) clearly show that a very high yield of micro-LED lift off (up to 99.9%) can be achieved under optimized LLO conditions. Both the optical and electrical tests suggest that the device before transfer and after transfer shows minimal degraded device performance [next figure s 2(c) and (d)]. The researchers believe that this method has the potential for wafer-scale production, and can even be scaled up to larger-size wafers. 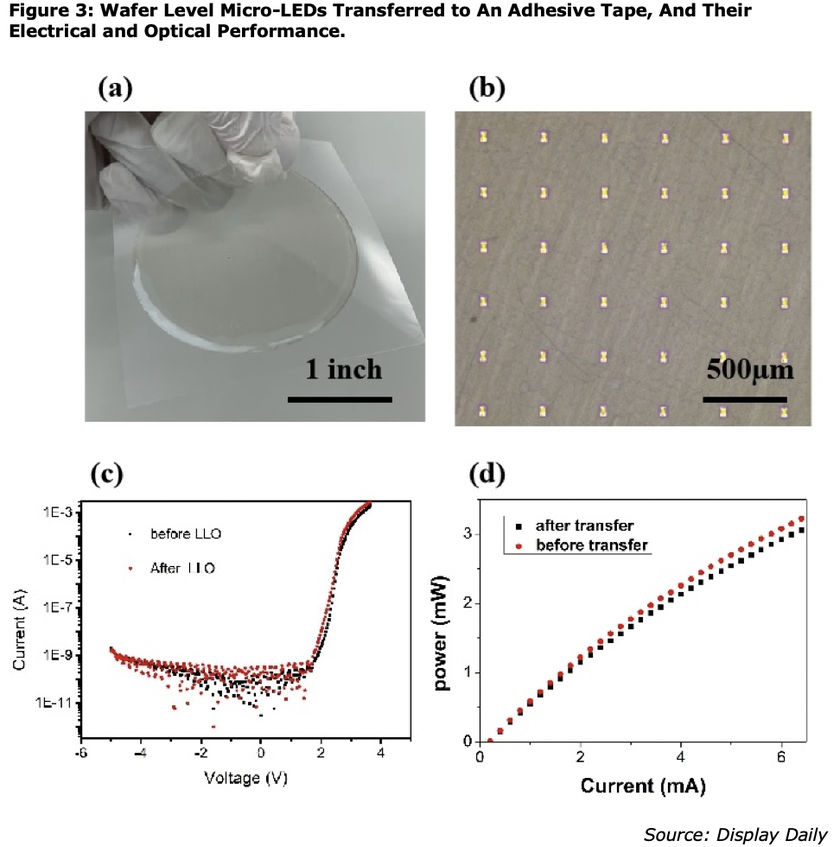 ​The researchers emphasized that the TALT technology is suitable not only for wafer-level transfer of micro-LEDs but also for flip-chip bonding for good electrical connection. Indeed, the researchers have further demonstrated both rigid and flexible micro-LED prototypes with convincing device performances, based on the TALT technique and the bump-less bonding process that the same joint team has developed. Representative flexible micro-LED devices are shown in the next figure.

The researchers said the technique paves the way for fast assembly of micro-LEDs with high yield and excellent placement accuracy. The method is also promising for fabricating high-resolution micro-display devices for potential applications in areas such as VR/AR headsets, wearables and mini-projectors. Source: Display Daily
​